When I got wind of Martha Stewart planning a show about blogging, I made sure to apply for a ticket.

They wanted only bloggers in the audience and you had to fill out this whole questionnaire — I might have mentioned that Martha is my “neighbor” and that I am, after her, the person with the most Twitter followers in Katonah. A few days later, I received an e-mail that I was in. I was exited but, gulp, they wanted us there at 8:30 in the morning! How was I going to wing that?

After some back and forth, I decided to go, mostly because Don was able to take Landon to school and pick him up after lunch that day. Thank you, Sweets! So after only a few hours of sleep I got up at 5 a.m. and off I went on my Martha Stewart blogging show adventure!

I was amazed how many people board the train in Katonah at 6:30 in the morning. That’s a lot of sleep-deprived people hurdling toward New York City! After taking the train, a shuttle, and the subway, I arrived at the Chelsea studios at about 8 a.m. Can you tell that it was early in the morning?

While waiting to get into the show, I met Nicole, who blogs a The Pink Chandelier. She couldn’t have been nicer and was there with her mom. 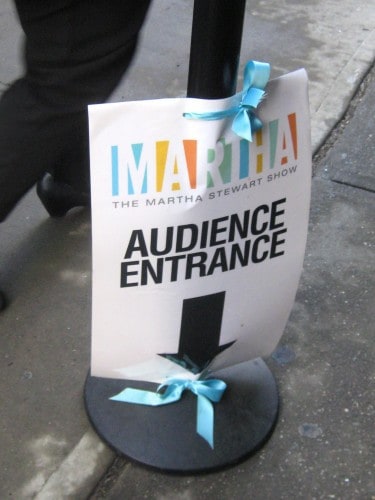 Once we got our official ticket and passed through metal detectors, we were ushered into a room where we signed our life away and then got to mingle for half an hour before they let us in the studio. 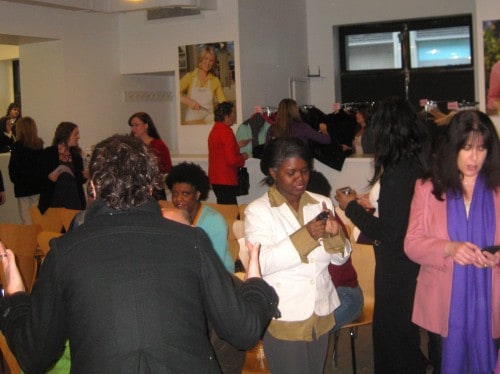 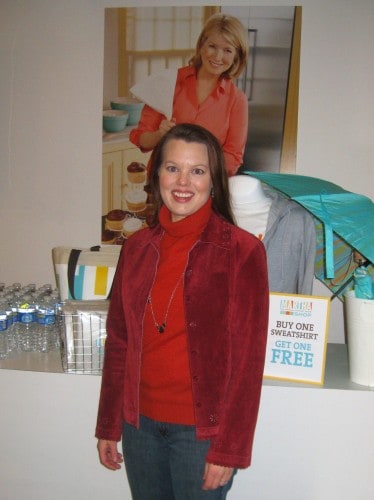 After some instructions, were were let into the studio in groups. It’s beautifully decorated.

I have been on sets before when I lived in Los Angeles, so it wasn’t a surprise to me how many people it takes to make this show happen.

I got to sit right in the middle of the set and next to Dina from BabyCenter who I remembered seeing at my first blogging brunch a few months back.

They had planned to interview her on the show but then ran out of time, which was disappointing. 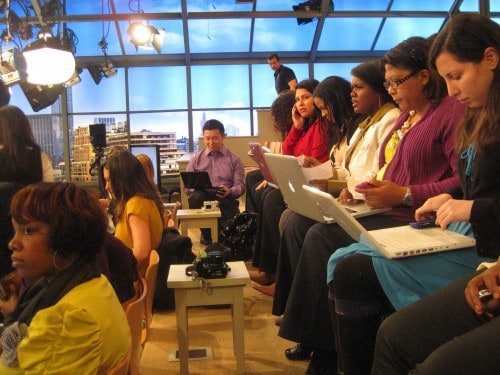 Everyone attending the show had to bring a laptop or a Blackberry so we could tweet and blog while the show was going on. Since I don’t own a Blackberry, read here why, I badgered Don into giving me his, only to find out that the “p” and the @ button didn’t work!

I somehow still managed to tweet about 10 times during the show.

Martha interviewed her daughter Alexis — who was unprepared for the show and a bit rude, actually — and her sidekick of the “Whatever” Girls, and made Pad Tai with a food blogger, Pim.

It smelled delicious and I was starving at that point. We all received her cook book after the show. I had secretly hoped that we would all get a cool little gadget, but this book is beautiful and I can use a lot of help with our new kinder, vegetarian diet.

So this book was a welcome gift, especially because it has a lot of pretty pictures.

Martha also iced a cake and did a craft project with two other bloggers. You can read more about all the guests on the show here.

Martha took a few questions after the show. She was very engaging and friendly and had great tips for everyone. 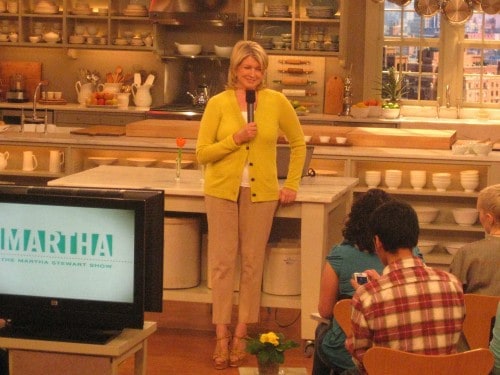 After the show, I said good-bye to a few bloggers, like Dina and Colleen, who blogs at Classy Mommy. 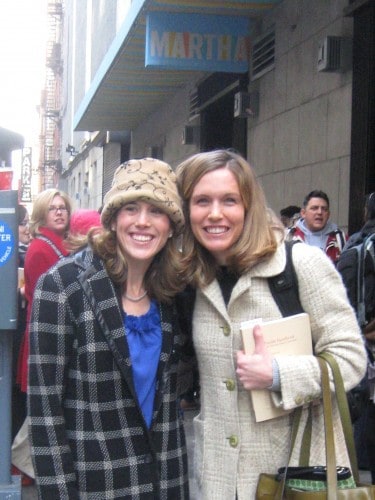 After I got turned around a couple of times and spent an extra $4.50 in subway fare, I made it back to Grand Central Station.

I had almost an hour to kill before the next train to Katonah, so I ate a quick bite and then remembered that a girlfriend of mine told me that the market there has a stand with German food. I had to check it out, of course.

Look at what I found! These are chocolate-covered marshmallow-ish “kisses” that I grew up with. No, I didn’t buy four boxes, not because I have that much self-control but because I am simply too frugal — I bought one and a few bags of licorice and gummy candy. 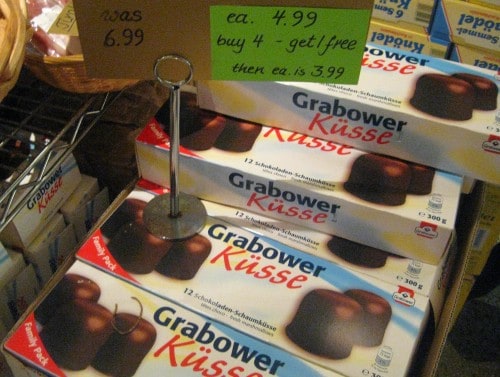 I even refrained from buying my favorite hazelnut Milka chocolate. That took some willpower, let me tell you.

I was a bit disappointed that the blogging show was really not about blogging but about a few blogs that mainly had to do with Martha, but I still had fun.

The most exiting aspect of the whole day was that I got to make some new blogging friends I intend to stay in contact with and learn from.

It would have been great if the show would have touched on how amazingly supportive the community of bloggers is.

I had taped the show, and you could see me about seven times. Landon was exited to see Mommy on TV. Martha, if you are ever short of a guest, swing by on your way to the studio!

My Blog Feed is Working Again, Subscribe Away!
That Time I Fell In Love With A Salt Shaker – Poor Salty