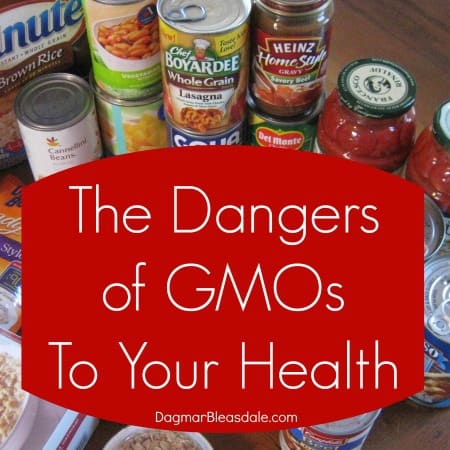 I think messing with nature is a bad idea.

Mess with a bee – get stung. Mess with crops by gene-manipulating them in a laboratory? There’s already a lot of evidence that this kind of farming has disastrous effects on our environment and our health.

Eating Gene-Manipulated Foods — Should You Be Concerned?

The World Health Organization describes GMOs (or GE) as “organisms in which the genetic material (DNA) has been altered in a way that does not occur naturally.”

Like build pesticides into corn seeds so that the farmer doesn’t have to spray pesticides while the crop is growing.

Genetically modified foods, also known as GMO’s, were introduced into our food supply in 1994, and now over 80 percent of our food contains GMO’s in North America.

We all have to make our own decisions of what we feel is acceptable to feed our family, but I think there would be more of an outcry or movement to organic food if more people were aware that 80% of the food we buy is gene-manipulated — and what that means to our health and our environment.

It’s no surprise people are not aware of what they are buying because in the U.S. companies are not required to label GMO food and drinks — even though according to justlabelit.org, 92 percent of Americans want GMO (GE) food labeled as such.

As a result, millions of unsuspecting consumers are being allowed to purchase and consume genetically engineered foods without prior knowledge, eliminating their choice in the matter.

Many other countries do label GMO foods, and consumers there are demanding to know. At least 22 countries, as well as all of the EU member states, have mandatory labeling laws for GE foods. 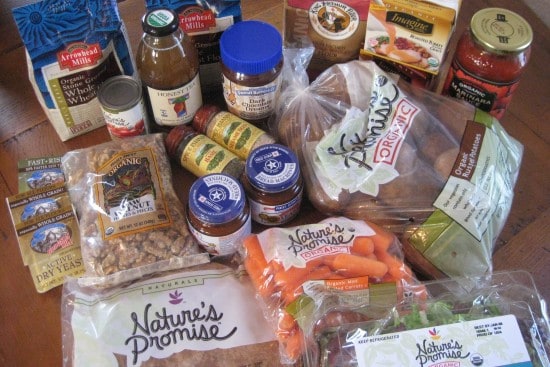 A Few Facts About GMO Foods

We don’t know how GMO food we consume will affect our health — now or later in life. And our growing children are the first generation to be so hugely affected by GMOs.

I’m no scientist, but I’m a mother who doesn’t want to feed her son food that has been genetically tampered with after so much evidence that it can be harmful.

Here is a list of about 400 GMO products. How many of these are in your house? Did you realized that these are GMO food?

If you want to boycott GMOs and Monsanto, vote with your wallet and don’t buy these products!

Our health is more important. I personally don’t want to feed the fat bellies of these huge companies and instead support small, organic farmers.

I looked through the whole list and am proud to say we don’t have any of these brands in our home.

How do I pull that off? I only buy organic or non-GMO food, either labeled as that or the Trader Joe’s brand.

We are on a budget, but I make up for the higher cost by using coupons and gas points and smart shopping. If I can do it, you can, too.

Europe has it right: Whereas GMO food doesn’t have to be labeled in the U.S., The European Regulatory System assures two things regarding GMOs:

1. Safety: The product must be safe and cannot pose threats to human or animal health. It also must be safe for the environment. All products from GMOs must be considered just as safe as their conventionally derived counterparts according to tests using the most advanced knowledge and technology available. If this isn’t the case, the GMO will not receive authorisation.

2. Freedom of Choice: Even GMOs that receive authorization are held to special requirements. Consumers, farmers, and businesses must be given the freedom to either use or to reject products made from GMOs.

I suspect the drastic rise of allergies, cancers, asthma, and auto-immune diseases is due in part to GMOs.

I’m very concerned about the dangerous effects GMO food can/will have on our health and the consequences for our environment that can not be undone if this kind of farming continues.

Until GMO food is clearly identified for what it is, I’m only buying organic or non-GMO verified food for our family. I vote with my dollars and support organic companies, and grocery chains like Trader Joe’s who guarantee that their products are only made with non-GMO ingredients.

It’s the only recourse I have to avoid GMOs, because organic food has to be non-GMO by law.

Do you care about the safety of your food supply? Do you want to know if you are eating GMO food?