I’m suspicious of anything that messes with nature. I have yet so see evidence that we can improve upon what nature provides.

I think if you manipulate something that is found in nature, you are asking for trouble. Don’t get me started on the Frankenstein cows they have created that product human breast milk!

GMOs (or GE) are organisms in which the genetic material (DNA) has been altered in a way that does not occur naturally. – World Health Organization

Do you want to eat vegetables that have pesticides built right into them. I don’t!

We know enough now to be concerned about the dangerous effects GMO food can/will have on our health and our environment, with possibly disastrous consequences.

A number of studies over the past decade have revealed that genetically engineered foods can pose serious risks to humans, domesticated animals, wildlife, and the environment. Human health effects can include higher risks of toxicity, allergenicity, antibiotic resistance, immune-suppression, and cancer.

Furthermore, GMO is changing farming. The use of genetic engineering in agriculture has led to uncontrolled transgenic pollution, threatening numerous microbial, plant, and animal species with extinction; a dramatic increase in pesticide use; and the creation of herbicide-resistant “superweeds.”

What is very disturbing to me is that GMO and organic farming can not co-exist because of lateral gene transfer. An organic farmer can’t really product organic food if he has a GMO farmer just down the street. The crops will cross pollinate and effect each other. So what will that mean for organic farming in the future?

It gets worse: GMOs have the ability to transfer genetic information horizontally into those who consume them. So when we consume GMO food, we don’t know how it will affect our health — now or later in life. It’s genetic roulette.

Our children are at risk the most. GMOs have been introduced into our food supply in 1996, and by now over 80 percent of our food contains GMOs in North America.

Did you know? I’m not surprised — because GMO food doesn’t have to be labeled in the U.S., so you don’t know what you are buying in the store. Unsuspecting consumers by the millions are being allowed to purchase and consume unlabeled genetically engineered foods.

The FDA says it believes that GE foods are “of the same or equal quality” and don’t require GMO food to be tested or labeled.

How convenient. The FDA should be watching out for our well-being, yet when you research this further, you come to find out that mega biotech companies like Monsanto are in control and manipulated the government.

Why I Decided to Only Buy Organic Food

My husband was reading Jeffrey M. Smith’s  “Seeds of Deception” and telling me just a few things he learned from the book:

“Laboratory rats fed a GM crop developed stomach lesions and seven of the forty died within two weeks. The crop was approved without further tests.”

I’m no scientist and I can not verify how many top scientists who tried to alert the public about the dangers of GMO were really harassed or fired, but I’m a mother who wants to feed her child healthy food, and this was the last straw for me.

I’m not going to risk playing Russian Roulette with my son’s health or mine.

Right then and there I opened the cupboards and pulled out every food we had that didn’t have the “organic” label on it. I boxed it up and donated it to the local food pantry the next day. 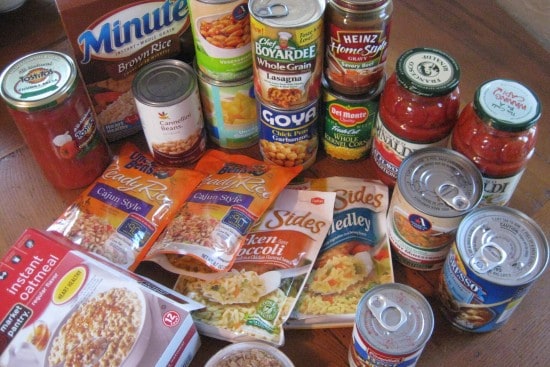 I decided enough is enough — I’m only buying organic or non-GMO verified food for our family from now on. It’s the only recourse I have to avoid GMO, because the U.S. doesn’t label GMO foods and denies me the right to make an informed choice.

I have a right to know if food I’m putting in my body and  feeding my child has been genetically tampered with.

Many other countries do label GMO foods, and consumers there are demanding to know (at least 22 countries, as well as all of the EU member states, have mandatory labeling laws for GE foods). I and 92 percent of Americans want GMO (GE) food labeled as such.

Until GMO foods are clearly identified for the consumer for what it is, I’m going to only buy organic food and support grocery chains like Trader Joe’s who quarantee me that they don’t carry GMO foods.

We have a right to know — identify GMO for what it is!

If the FDA and the companies that make and sell GMO food are so sure that their food is healthy, then I challenge them to proudly label their  products with “GMO” logos.

But they don’t do that, because they know their products are not the same — their food is made and gene manipulated and full of pesticides for the biggest profit, and they don’t really care to provide healthy and nutritious food.

Labeling is essential for me. I want to be able to know that my family is consuming risky genetically engineered foods.

Do you care about the safety of our food supply? Do you want to know if you are eating GMO food? Then voice your concern!

Why GMO And Organic Can Not Co-Exist: Lateral Gene Transfer

Tell FDA to Label Genetically Engineered Food Just label it — we have a right to know! Petition you can sign.

NON GMO Project: Everyone deserves an informed choice about whether or not to eat GMOs. List of products that might not be organic but are at least non-GMO. Petition you can sign.

Want to learn more? HealthyChild.org is my favorite resource for healthy and non-toxic living.