I’ll show you how to make a DIY Mason Jar Pendant Light in just minutes – this so easy! 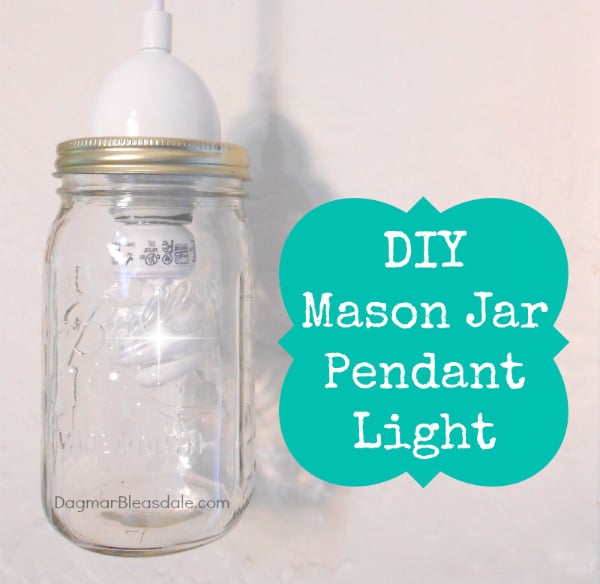 This post contains affiliate links. If you make a purchase, we receive a small commission at no extra cost to you. Click here for details.

Ever wondered what it would take to make one of those awesome mason jar pendant lights you see all over Pinterest?

Mason jar pendant lights are all the rage and sell for a lot of money. Some 5-jar pendant lamps costs $150!

I’m here to encourage you to make your own mason jar lamp in minutes. It took me longer to gather the supplies for this lamp than it did to make it.

Ikea sells an inexpensive pendant kit (HEMMA) with a plug switch at the end.

The inexpensiveWestinghouse pendant light kit I bought comes with a small ceiling canopy, which is a more finished look.

You need these supplies: 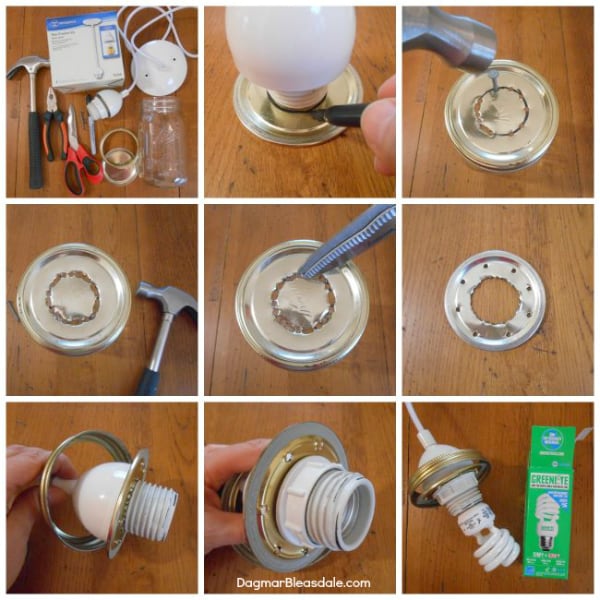 It only took me 10 minutes to make this DIY mason jar pendant light. It really was super easy.

Pin this for later! 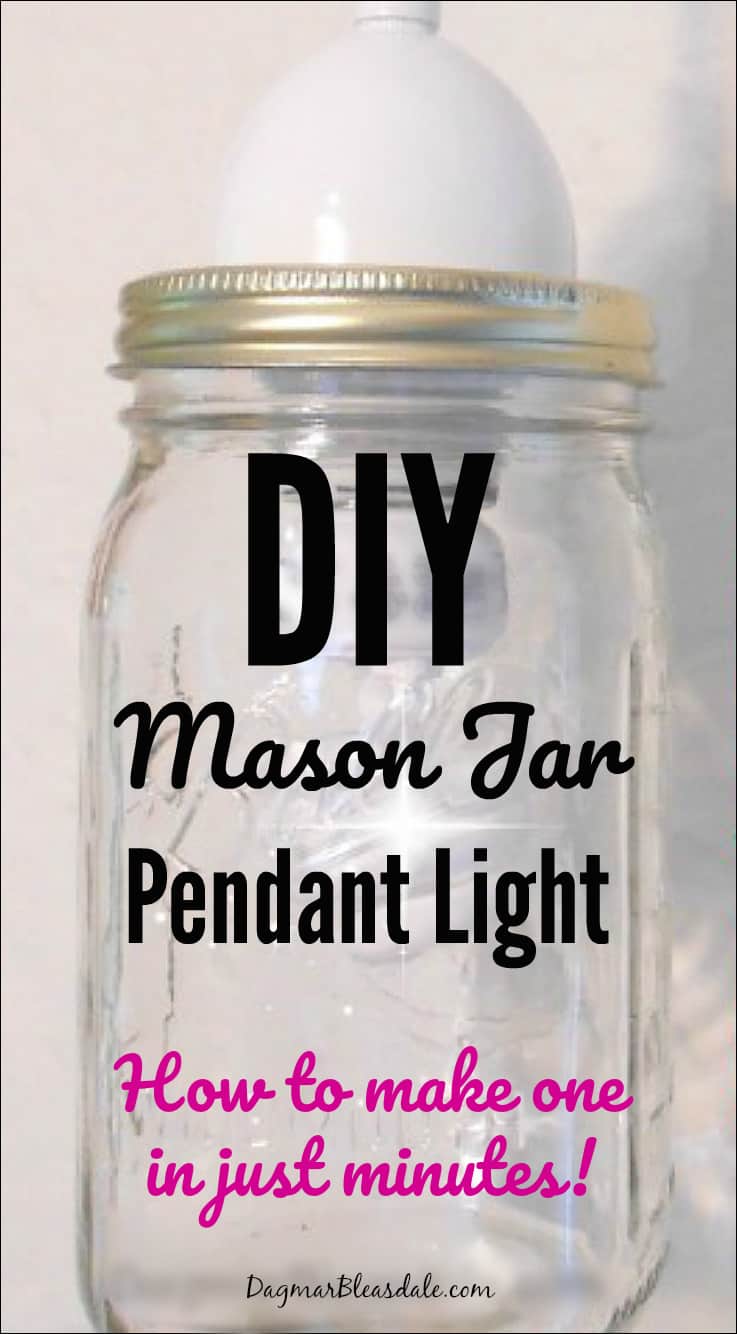 Where would you hang a mason jar lamp in your home? 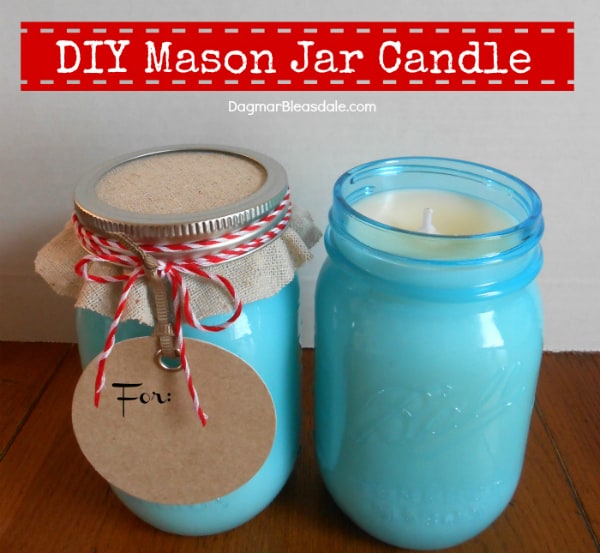