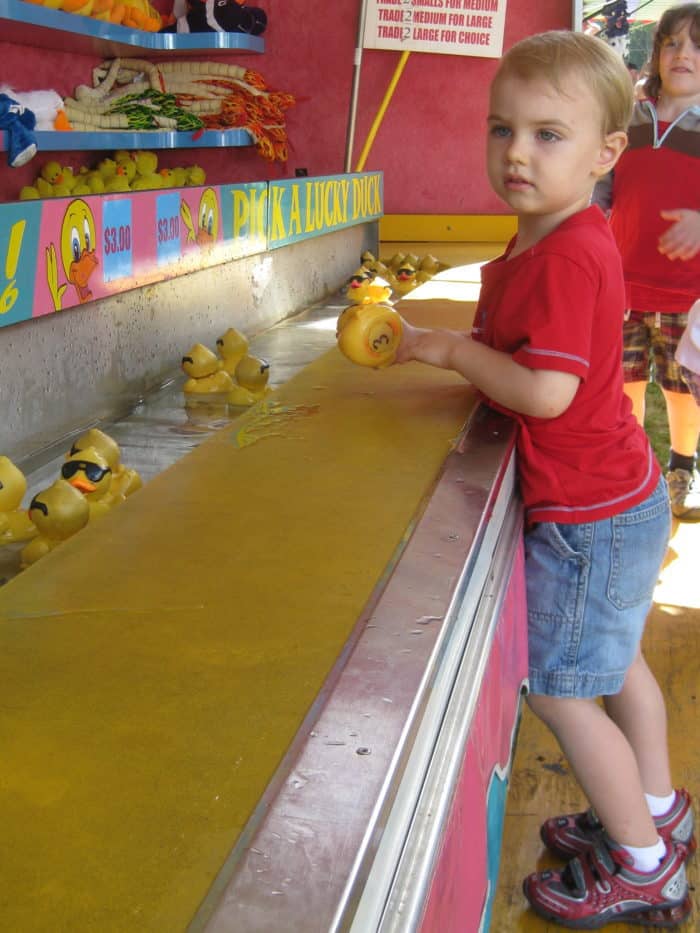 We killed a couple of hours today at the Grange Fair in Yorktown. We went for the first time last year and had so much fun with Landon that I wanted to go again this year.

Unfortunately, as you may know, these fairs are ridiculously expensive. It cost us $12 to park, $30 in tickets for the rides, of which $10 alone were spent by Don and Landon going on the Ferris wheel (I am too afraid of heights — there is no way you are getting me on that thing!). 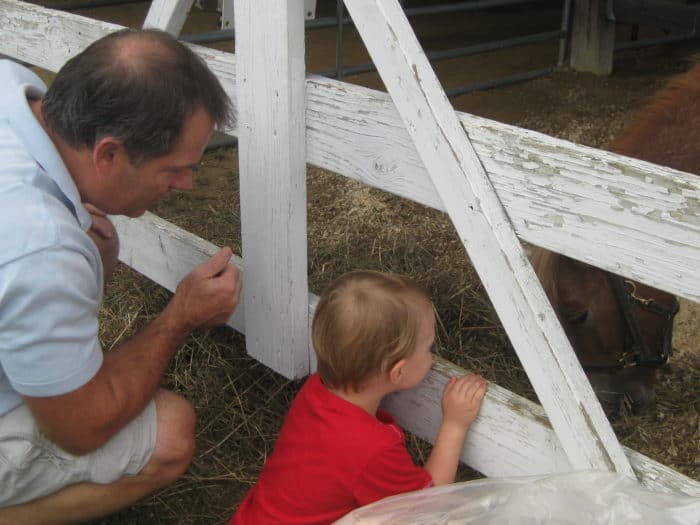 We had some pizza, an ice cream shake, and after we bought a few more tickets because Landon enjoyed the kiddie rides so much now that he is a year older, we left with a crying boy who didn’t want to leave and two cheap stuffed animals, having spent $60 for two hours of fun.

But it was worth it, as you can see! 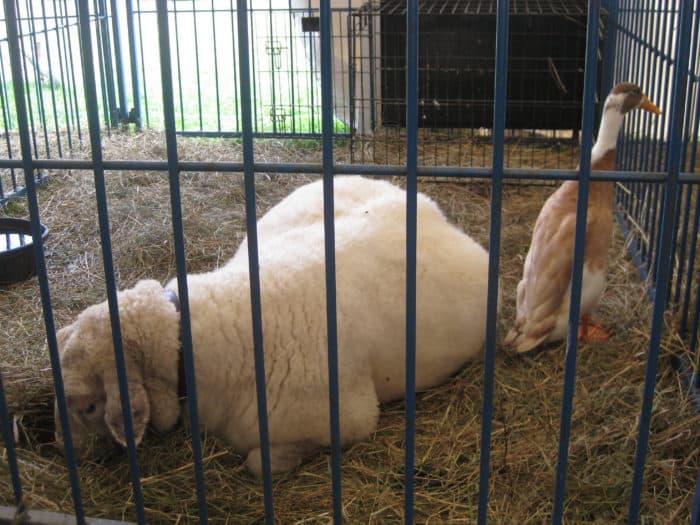 These two are best friends, isn’t that adorable? I love seeing all the animals, and it’s so nice for Landon to get this close to them.

I think he liked the roosters the best — the little pot-belly pig was my favorite. 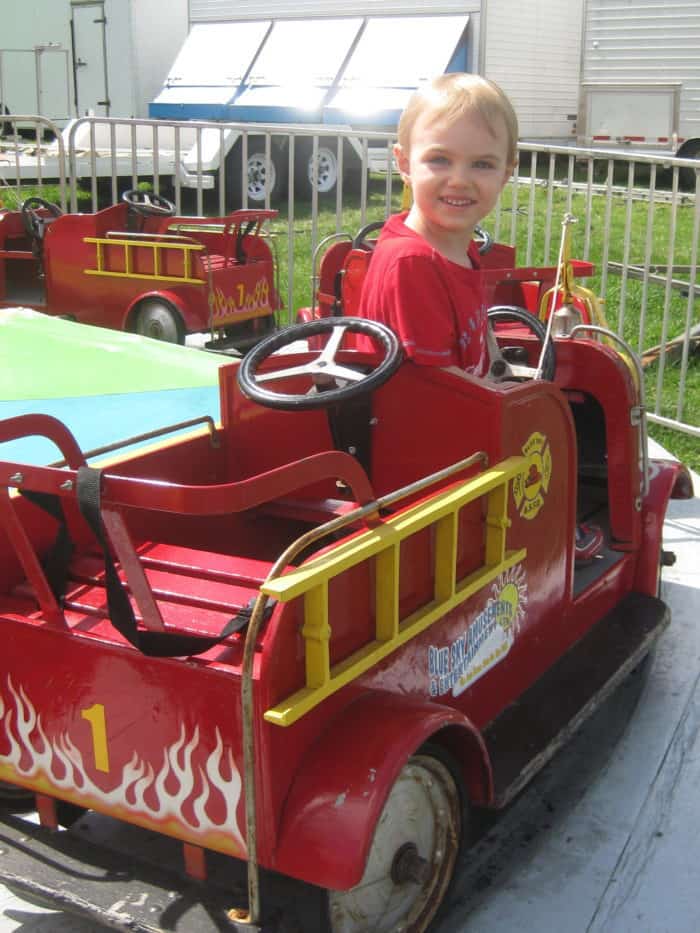 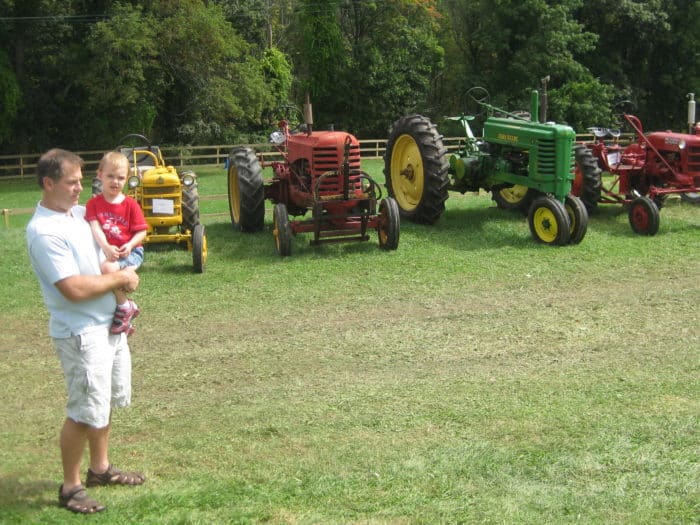 I made Don take a few pictures of me with Landon; it is so rare that I get a picture with him since I’m always the photographer. 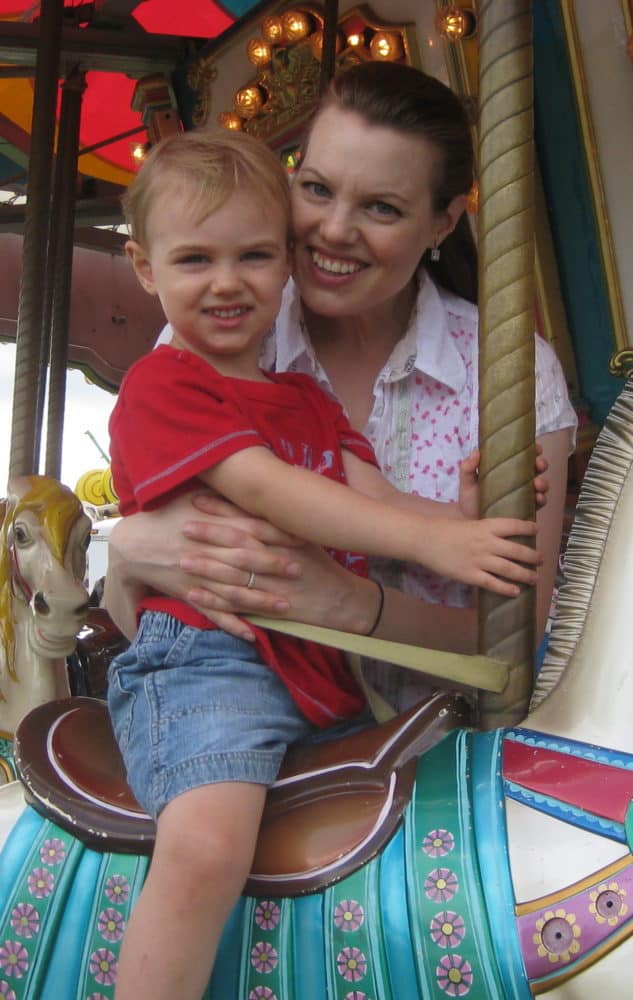 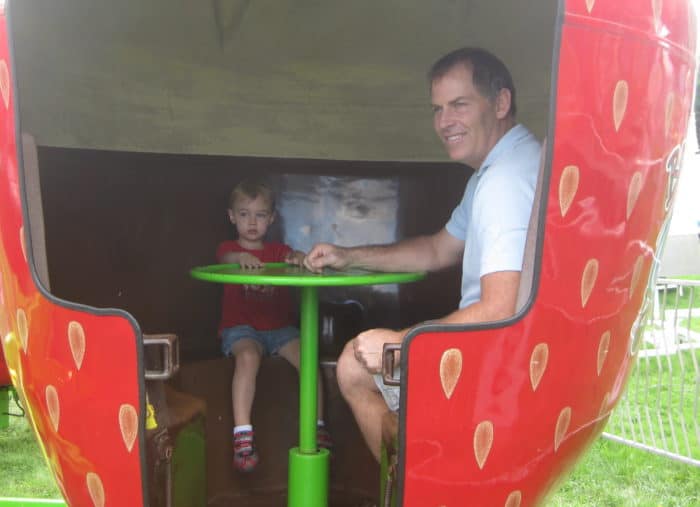 Landon is sporting the cool new sneakers Aunt Lisa bought him yesterday — thanks, Lisa for taking him for a few hours! 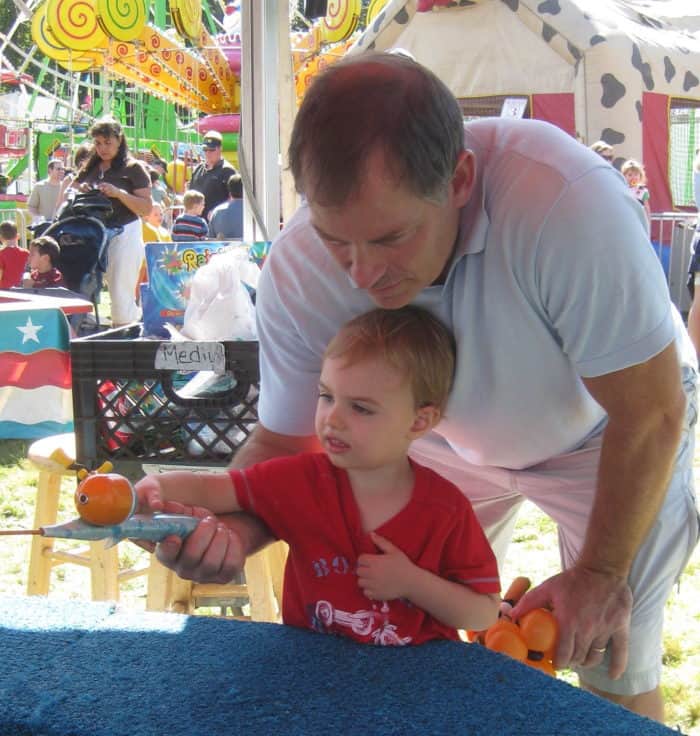 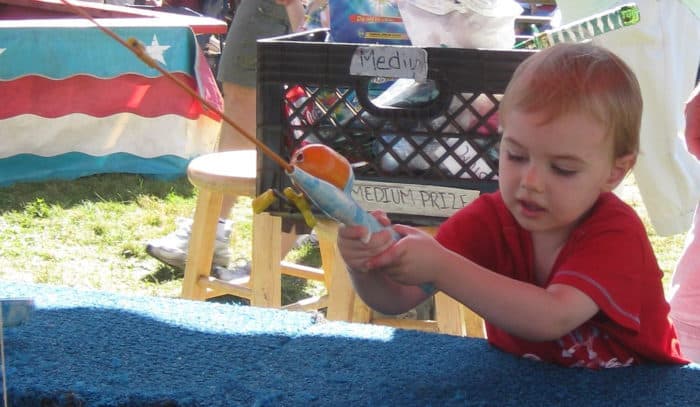 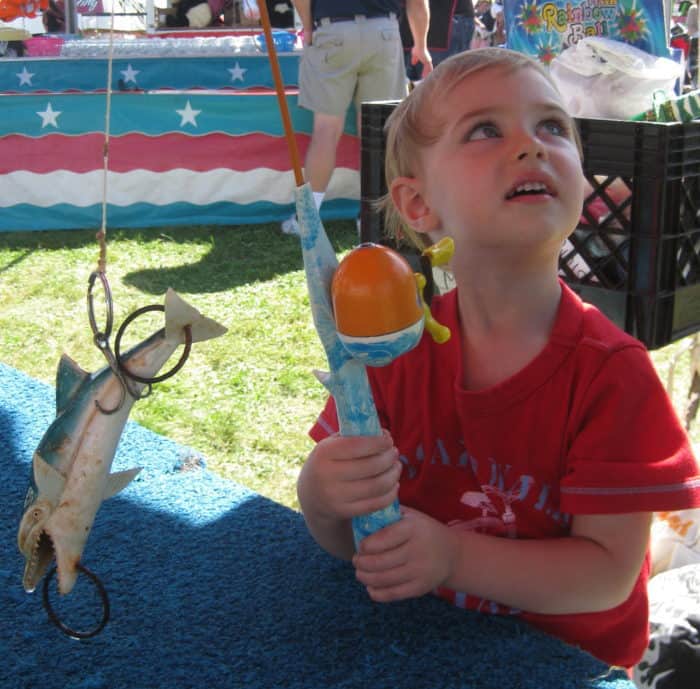 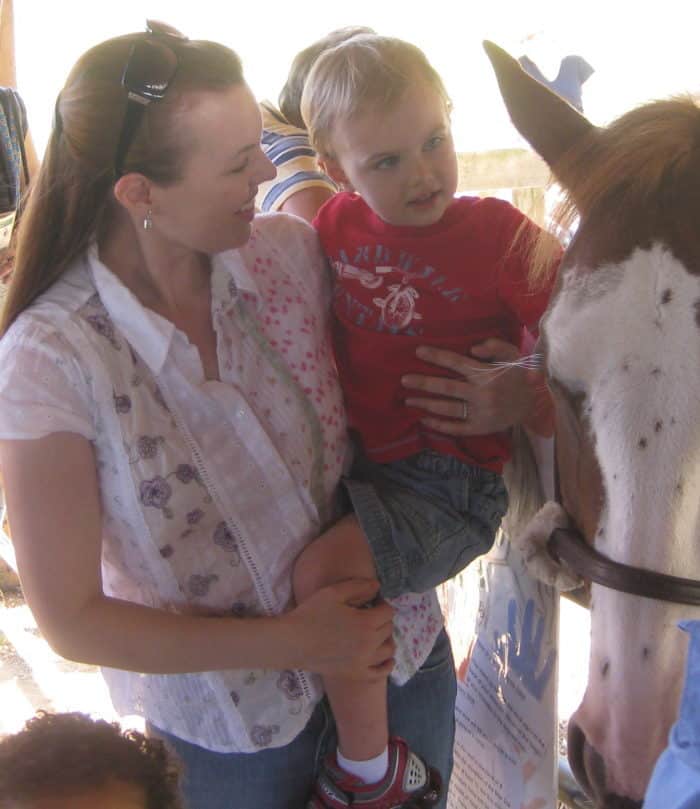 I’ll make up for this extravaganza by cutting a few extra coupons next week :)