I am NOT letting Landon watch “Little Bear” so I can quickly write this Not Me! entry.

I did NOT hide a cookie from Landon so I could eat it all myself. No, not me, that would be kind of mean.

I did NOT let L play with my all-important camera at Grandma’s last night. No, I would never do that, because if something would happen to that camera I would NOT at all be very upset. 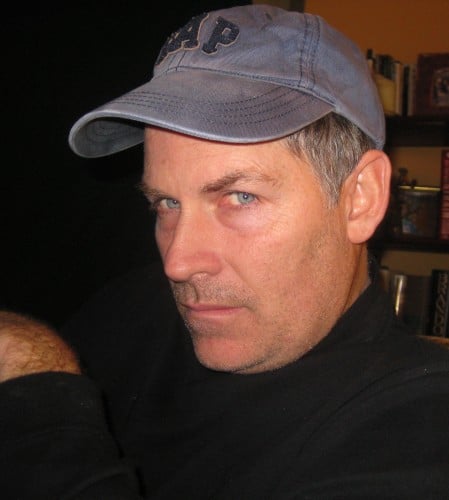 He caught this picture of Don. He hates having his picture taken and never holds still for me — I guess I should let L  take pictures of him from now on!) 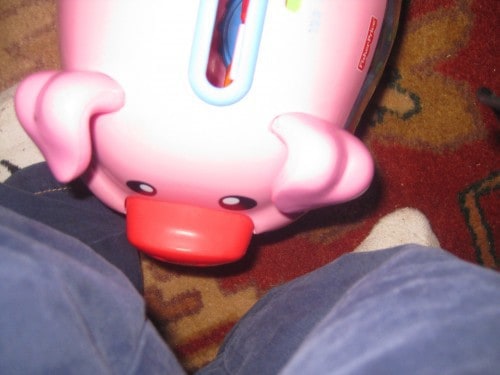 I did NOT try to put out of my mind that L already broke my previous camera, one I had had for 8 years, with one single, well-placed bang.

But then again, I have to say that it was about time to buy another camera — I was just too stingy to buy a better one.

So maybe he did me a favor? Or you, because all my blog readers get to enjoy pictures of much better quality now.

I did NOT take L to the playground so later yesterday that the moon was out already. 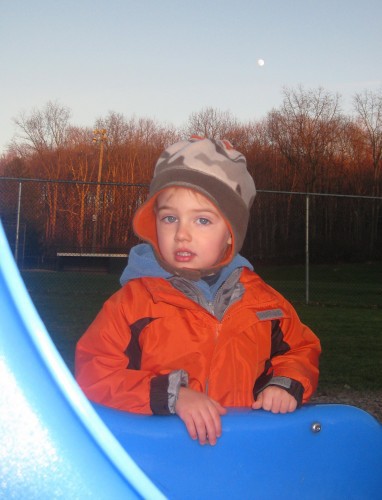