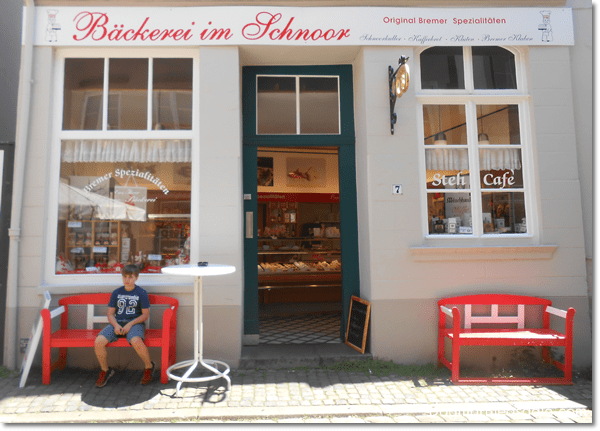 We are back in New York, but I have many more pictures of our visit to Bremen, Germany, my hometown.

After we stayed with my friend Karen on her farm in the country, we took the train back to Bremen, where my mom picked us up. 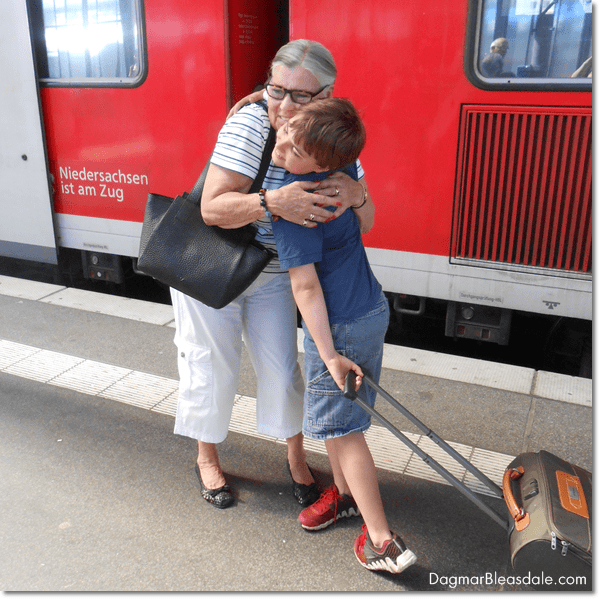 Her sister also came into town for the day, and we all met up with my brother Oliver in the town center.

My brother is a tour guide and offers several walking tours of places in the center of Bremen. He had offered to give us a tour of the Marketplace and the Schnoor, two of my favorite spots in Bremen. 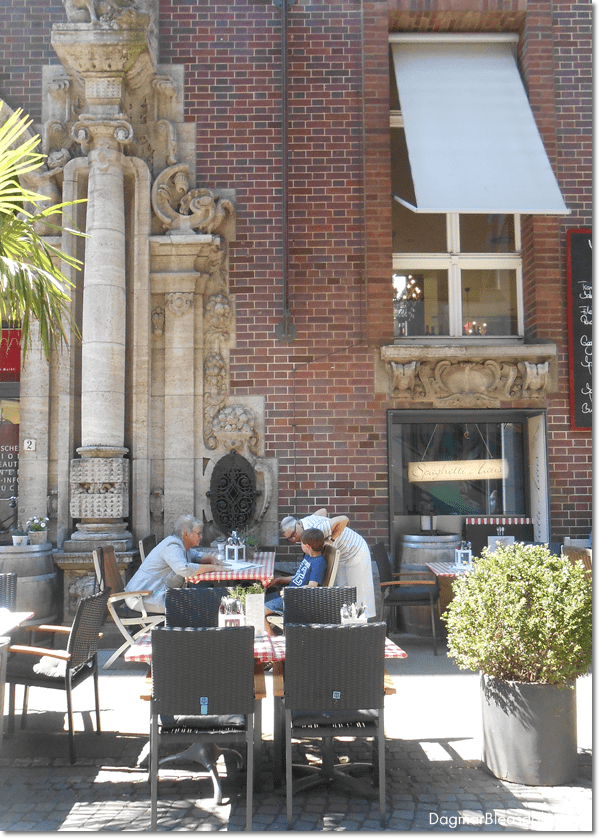 But first we had something to eat at a restaurant in one of the side streets near the marketplace. 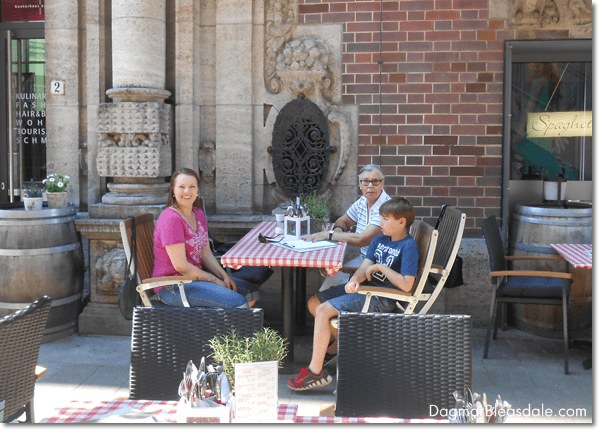 I drank a Radler: Beck’s beer, which is made in Bremen, and Sprite. It’s a yummy, sweet drink perfect for the summer. Perfect for the heatwave we had. 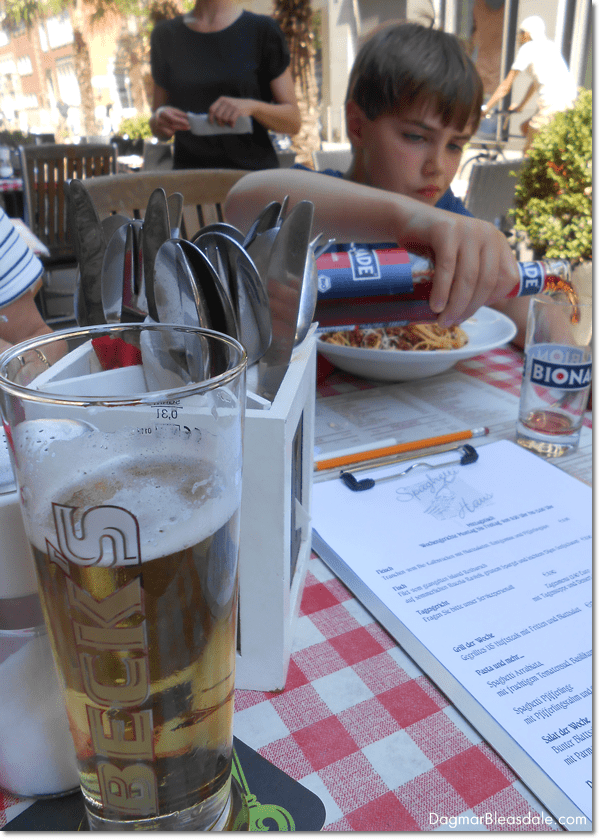 Then the tour began, and we walked to the maketplace. That’s the “Dom” in the foreground. 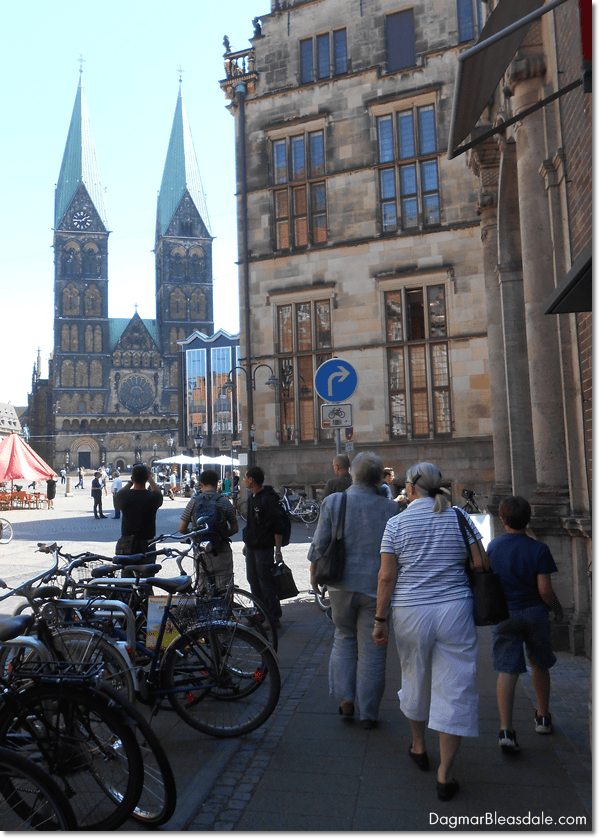 I’ve obviously seen all of this hundreds of times in my life growing up in Bremen, but Oliver showed us pictures on his iPad of what the buildings looked like before the war and after the war, and it was fascinating to see the difference.

Bremen was bombed to pieces in World War II, and luckily many buildings were rebuilt to their former glory. 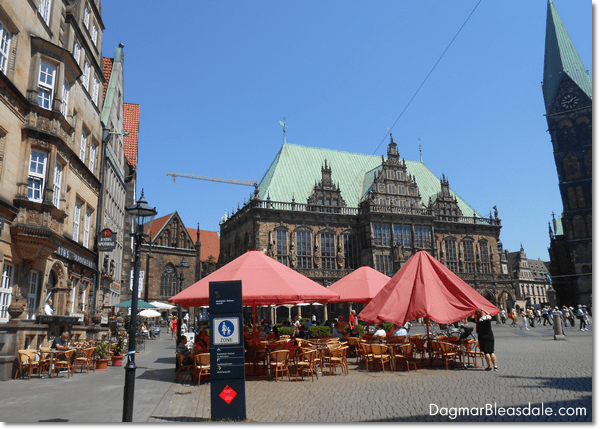 This is the Rathaus and the famous Roland statue. Landon has visited this part of Bremen with me many times. he loves to listen to the street musicians. 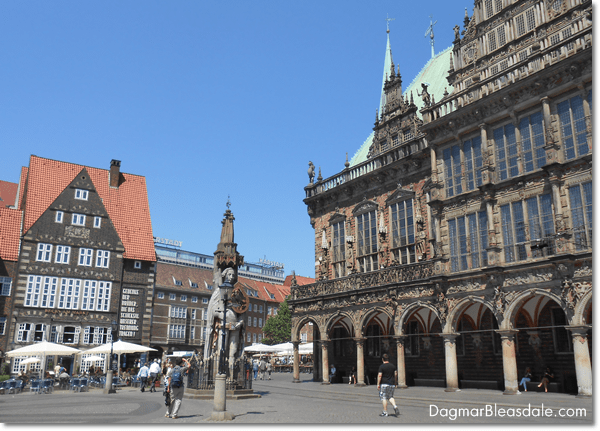 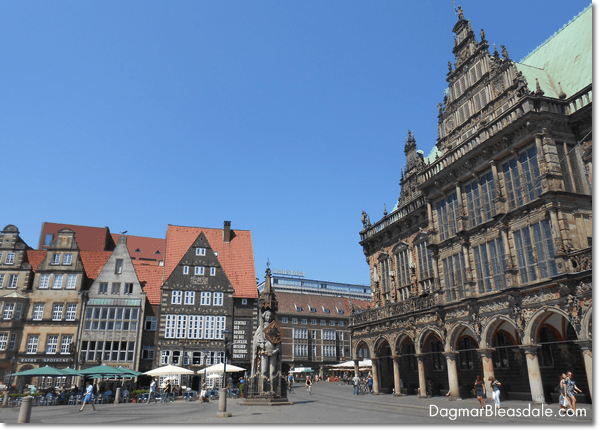 Oliver with Landon and the Bremer Stadtmusikanten (Bremen Town Musicians). These are not the original ones, of course, those are nearby on the side of the Rathaus. 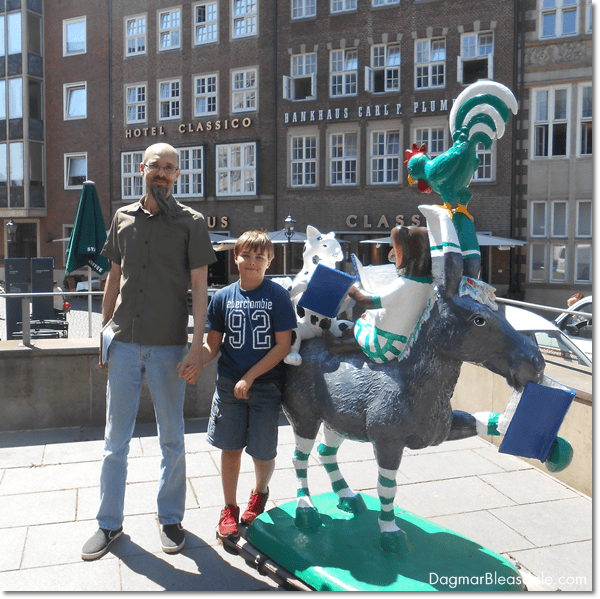 On the way to the Schnoor, Oliver showed us this awesome antique staircase. 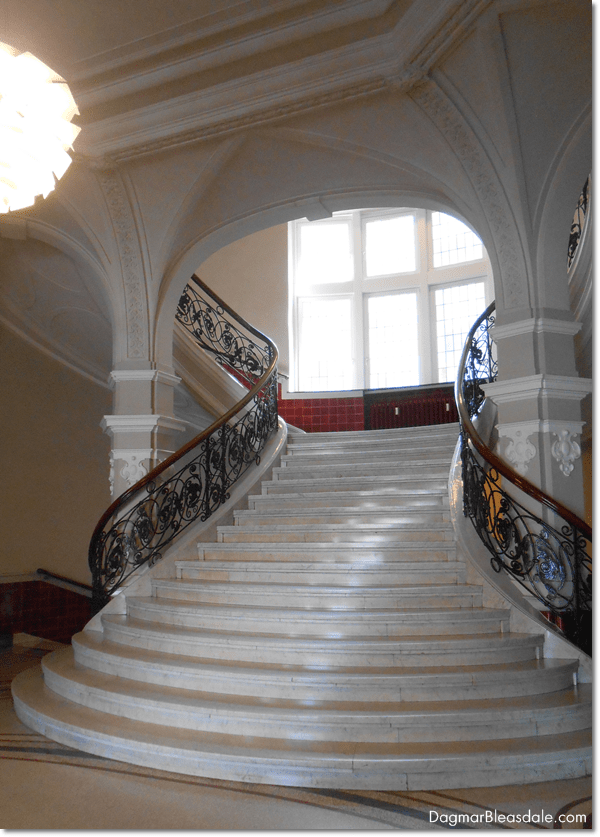 This tiny store — the Schnoorkramerei — at the beginning of the Schnoor is always my first stop. 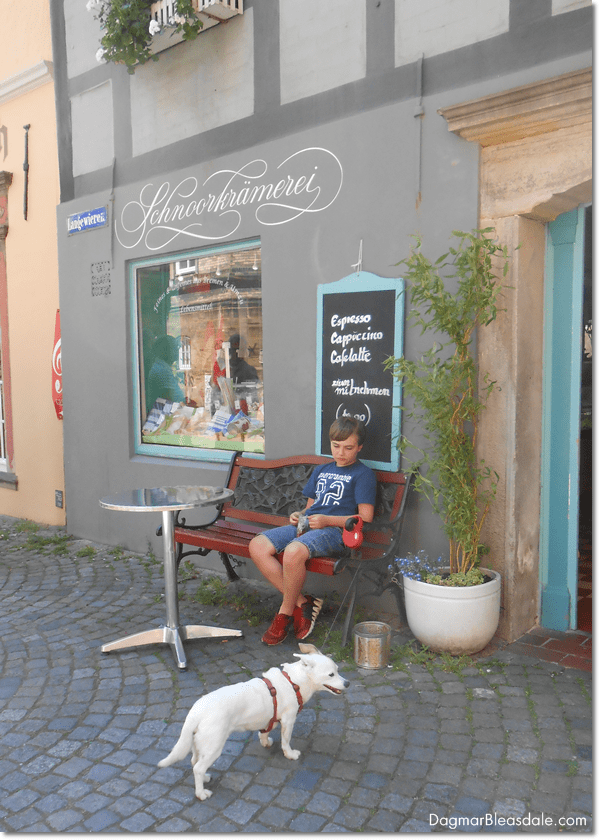 The Schnoor offers many cafes and bakeries, and all kinds of galleries, gift stores, and more.

We always take a peek into the teddy bear store. 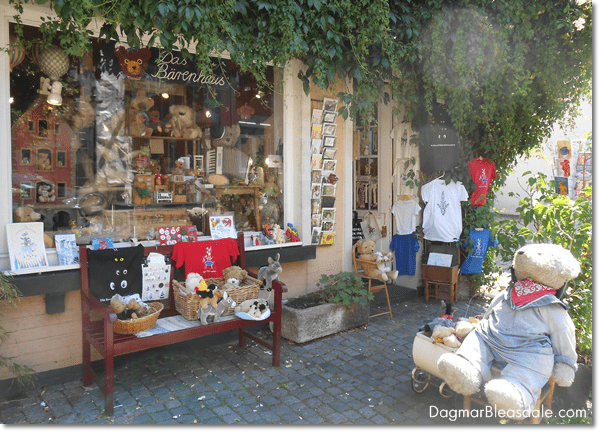 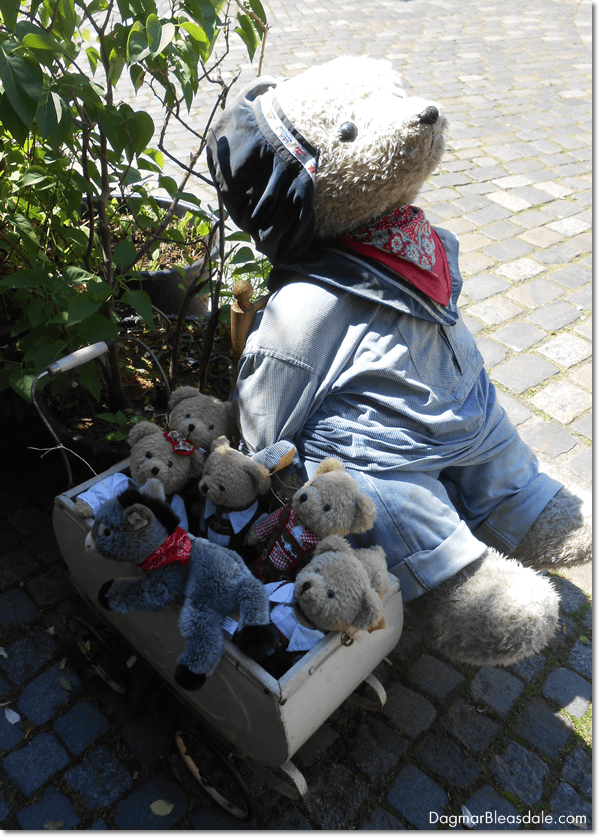 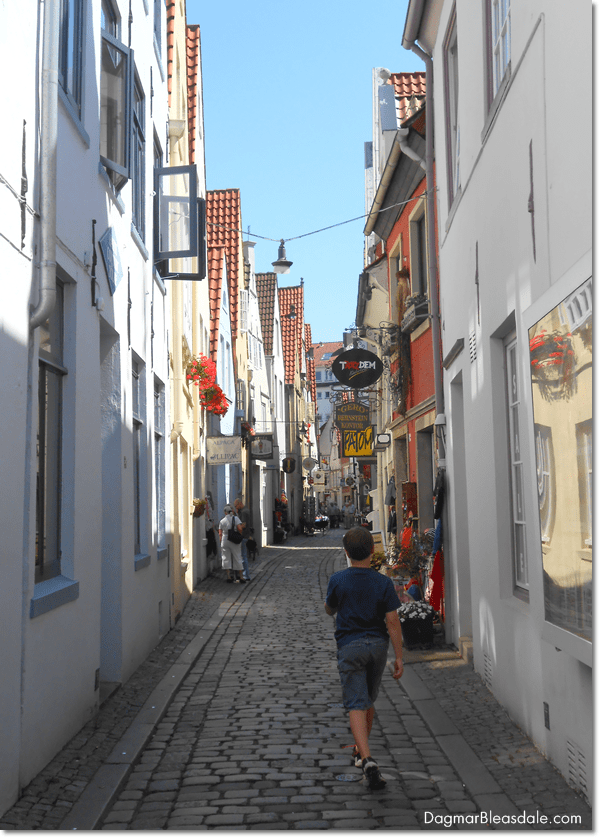 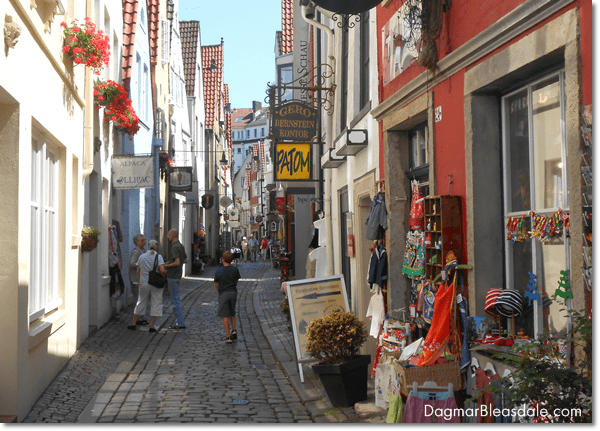 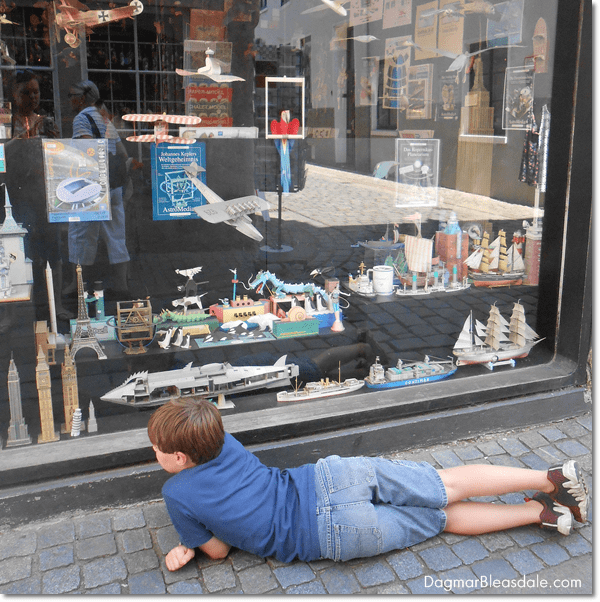 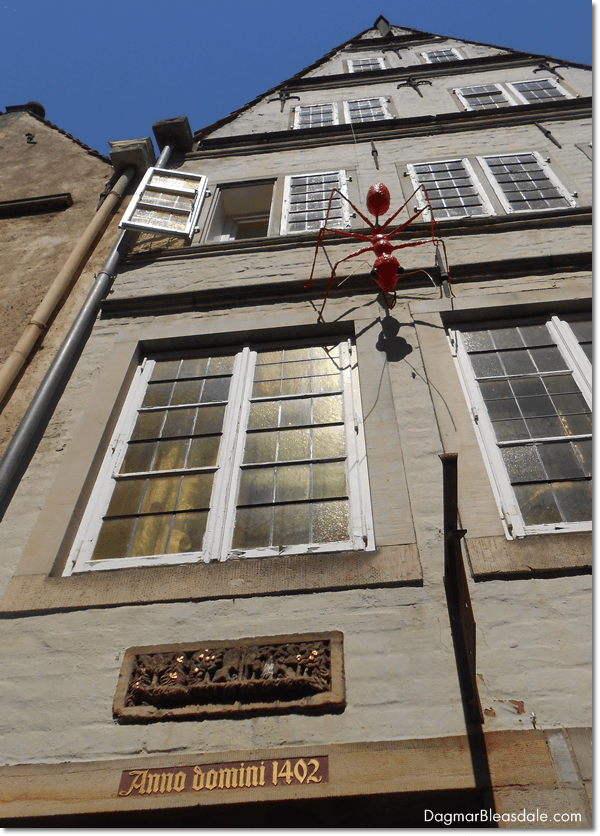 The Schnoor dates back to medieval times — this house was built over 610 years ago! 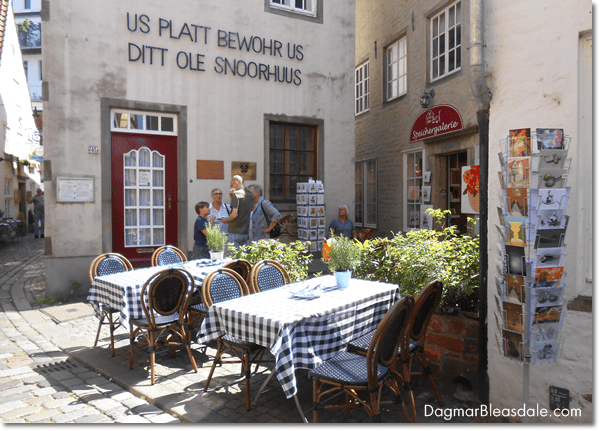 If you’ve been following my blog for a few years, you know that I eat German poppy seed cake almost every day I’m visiting. Can’t get enough of it. So of course I couldn’t resist this “Mohnkuchen” with almond paste. 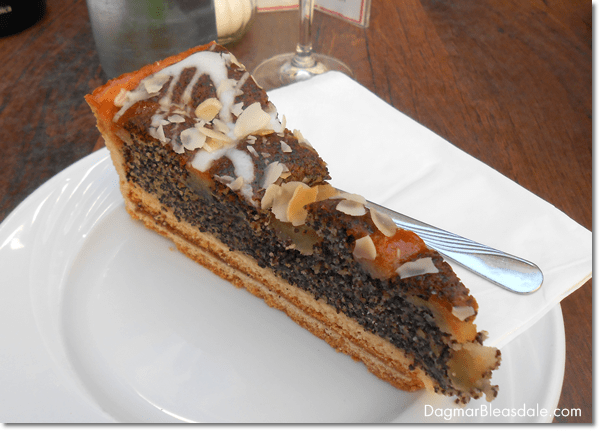 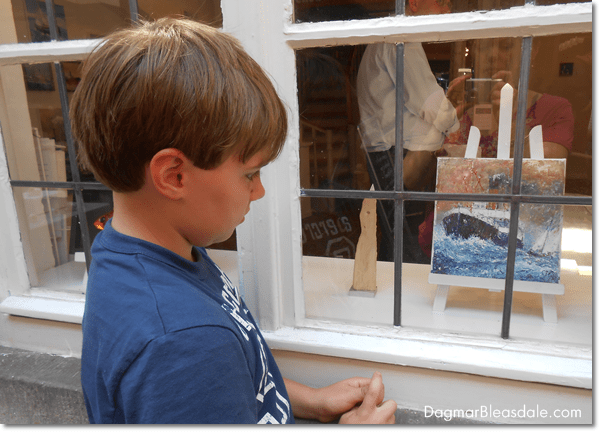 After having such a lovely time, L and I got on the tram to get back to my mom’s house. He requested to use the tram, one of his favorite things to do there, and my mom drove my aunt and herself back in her car.

Have you ever been to Germany?

If you ever get the chance to visit Bremen, definitely check out the Bremen marketplace and Schnoor. And you already know who to books as a tour guide :) My brother was voted one of the best ones in town.