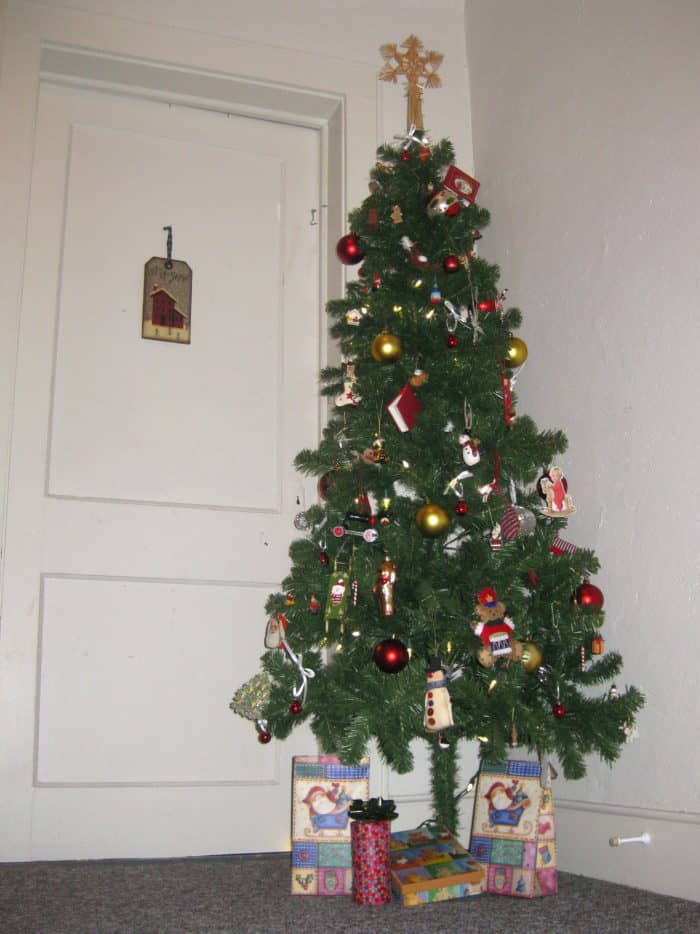 I was going to buy a real Christmas tree this year, but I ended up with a fake one.

Because frugal me saw the price on the kind of tree I wanted — medium height, thick branches, preferably in a pot so I don’t have to buy a stand and can plant it later — and could not bring myself to buy one (around $100).

I was going to comparison-shop some more and go to different lots, but then I happened to be at Target and saw a nice, tall, fake Christmas tree on sale for $25.

So although I am sure there is a lot to be said that these plastic trees aren’t exactly eco-friendly, I caved and bought the tree. 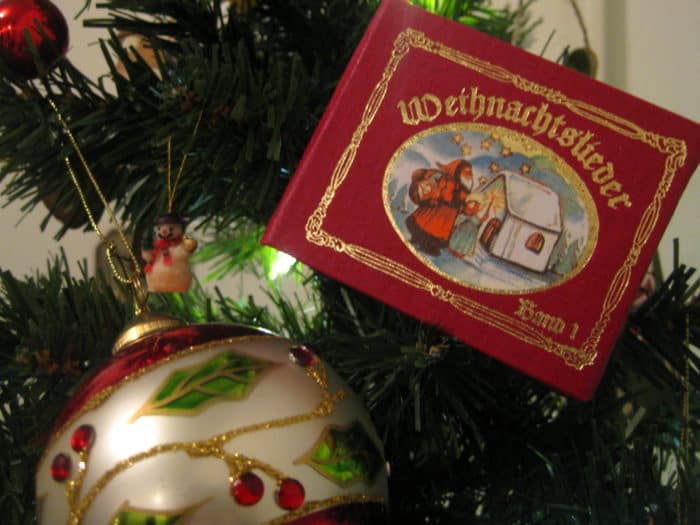 One thing that made me sad was that I wanted to make a big deal about going out with Landon to buy a tree with his daddy and me.

I wanted him to have a special experience since this is the first year he is really into Christmas and Santa (Weihnachtsman) and the reindeers and the sled (the German Weihnachtsman doesn’t have reindeers or a sled — I don’t remember how he brings all the presents.

When Landon clowns around now, he will spontaneously bust out, “And Santa, and the reindeer, and the sled, and Santa…!” several times really fast.

I was envisioning frozen fingers and frozen noses while we walk around the lot and decide on just the right tree to bring home . . . 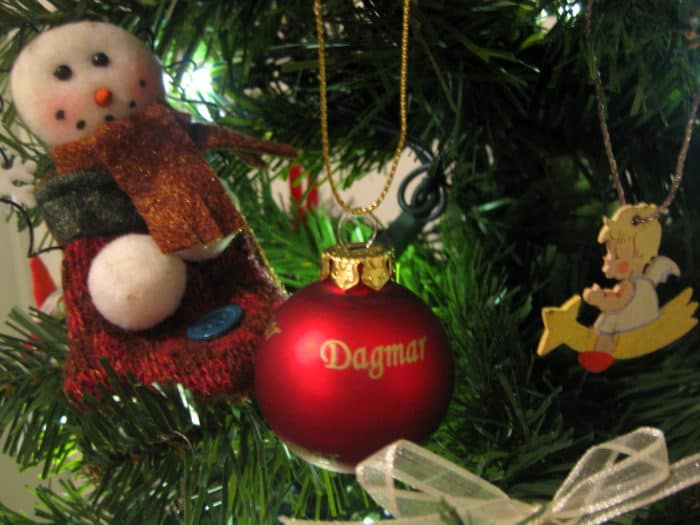 So Landon didn’t get to experience picking out the tree, but we did take the fake tree out of the box, assembled it, and decorated it together.

I had found the boxes with the ornaments days before and we had already looked at them.

I was hoping for the best — that L would leave the ornaments alone now that he is three years old.

It took me a while to straighten out the branches so the tree looked presentable, and Landon got bored and was playing with the string of energy-efficient LED lights I had also purchased at Target.

But finally, he got to trail me walking around the tree to get the lights on it, which he thought was really funny, and helped me decorate with the ornaments.

Putting the straw star on the top made him feel special, and in the end he probably doesn’t even mind having a fake tree.

But I care: now we will always have a tree just in case, but I’m planning on having a real tree again next year. I miss the smell — and the frozen noses!

This ornament looks a little like Landon when he was a toddler. 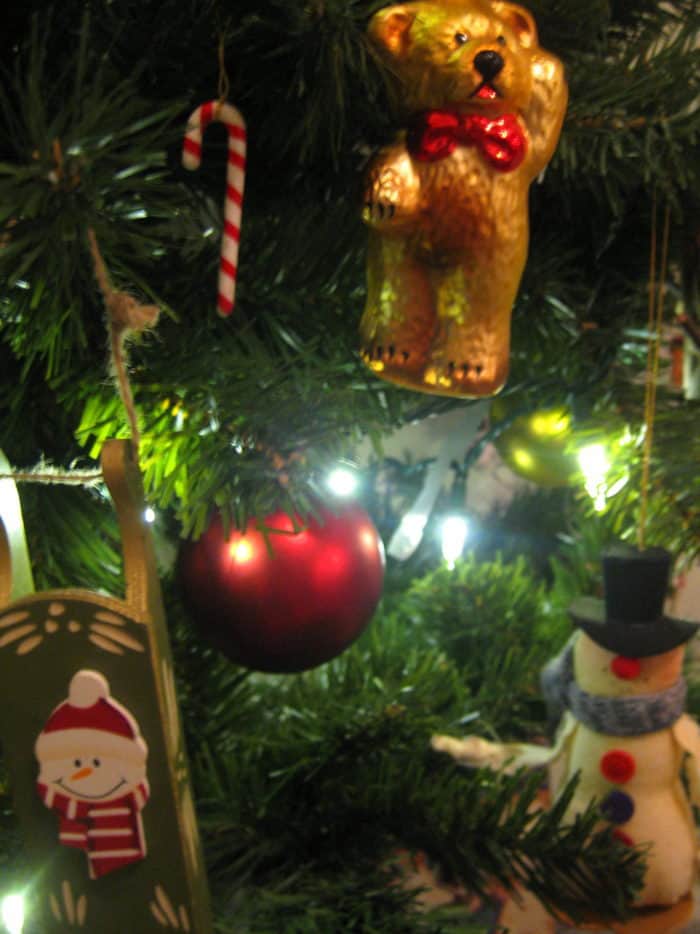 L has pulled off that bear four times by now…

Wishing you all Happy Holidays and a healthy, happy, and prosperous 2010!

Do you have a real or a fake Christmas tree this year? Why…?