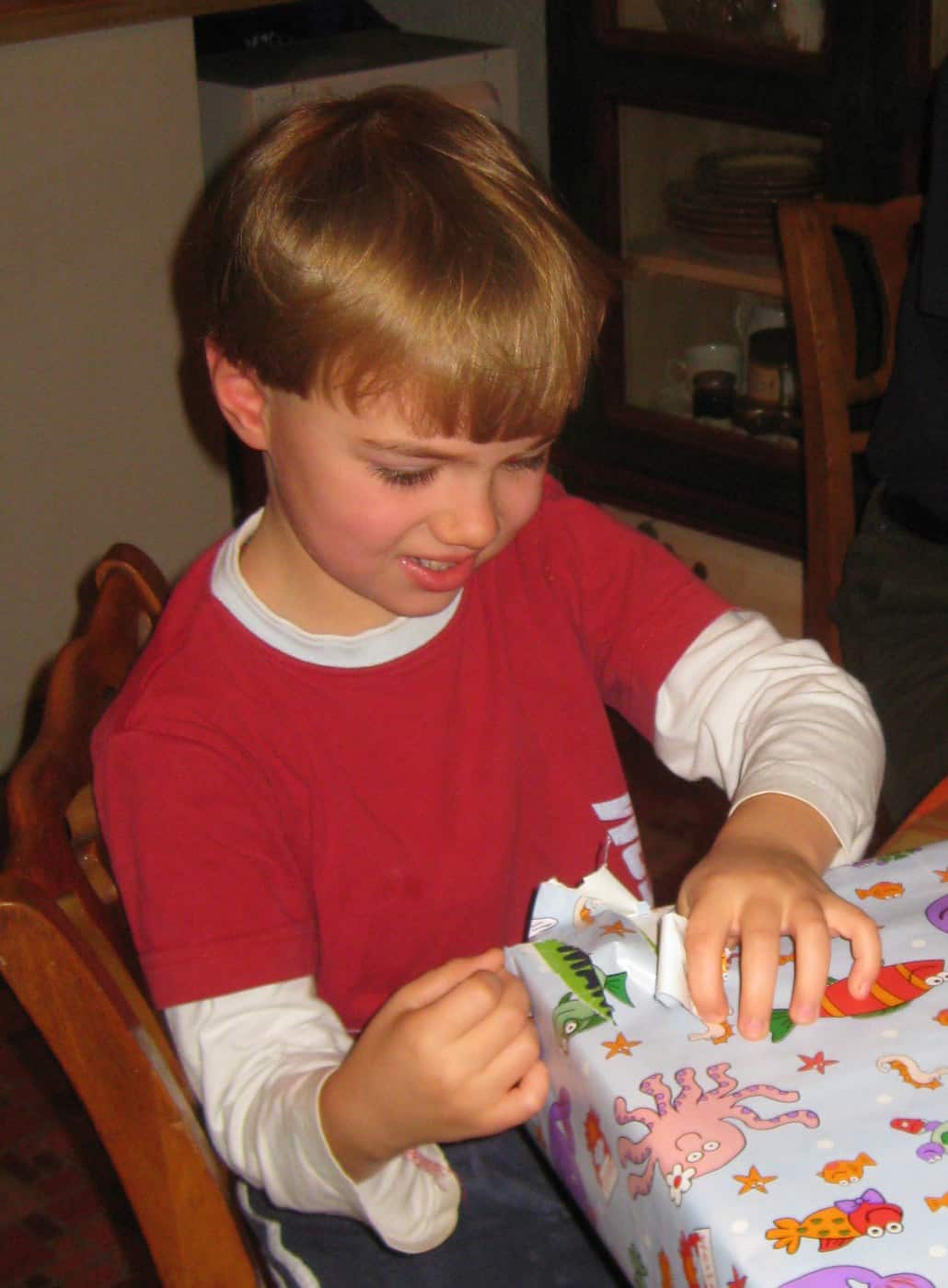 This little man did NOT turn 5 yesterday. Impossible.

We did NOT get married 6 years ago at Lyndhurst Castle. Impossible.

He did NOT open his presents at 7 in the morning, while it was still dark.

Even before having breakfast, he did NOT put on his snowsuit and jumped into the snow that had accumulated overnight. 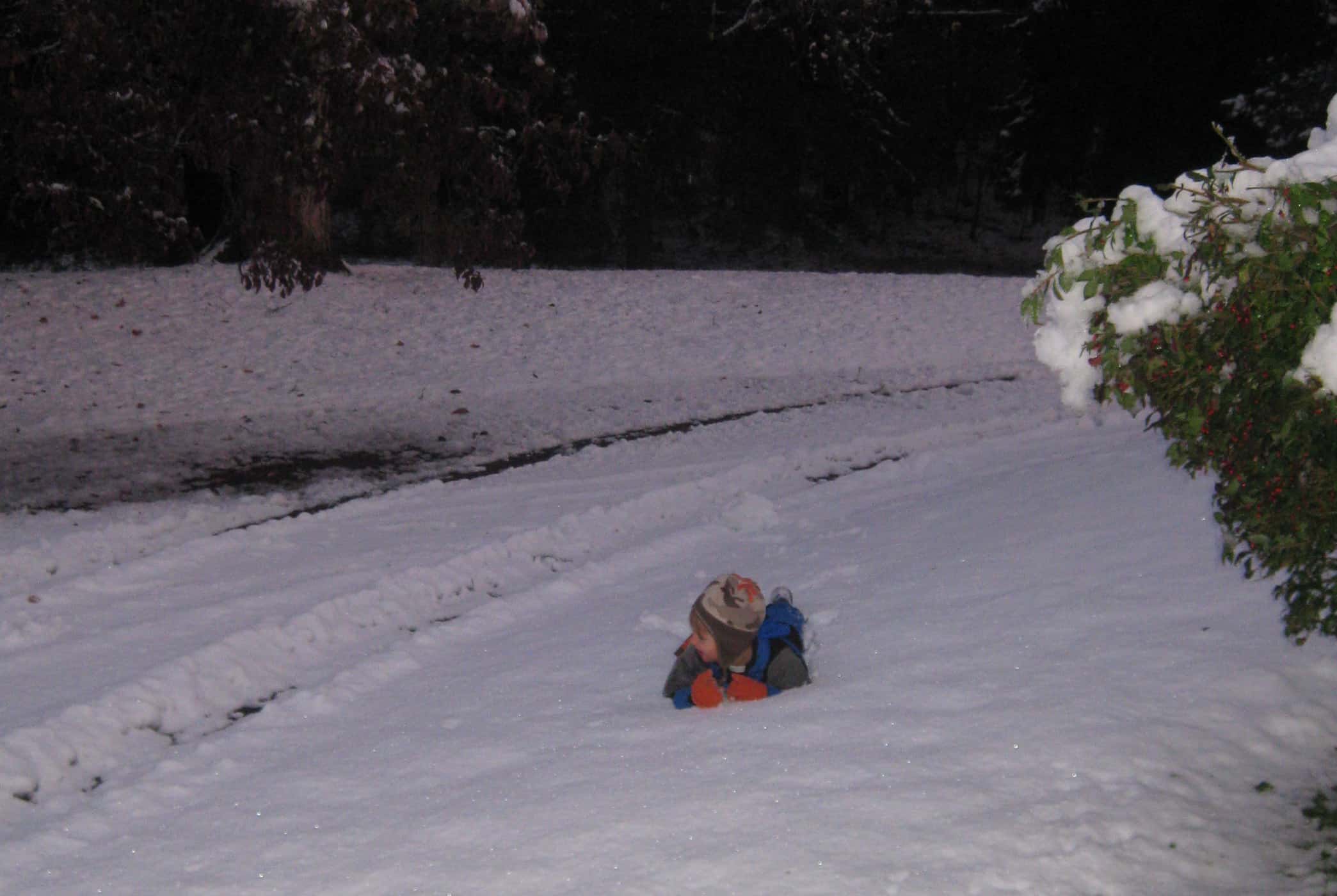 We did NOT have a big snowstorm in October — the first one in October in 100 years.

Why are these pictures so dark? Because it was still pretty dark! 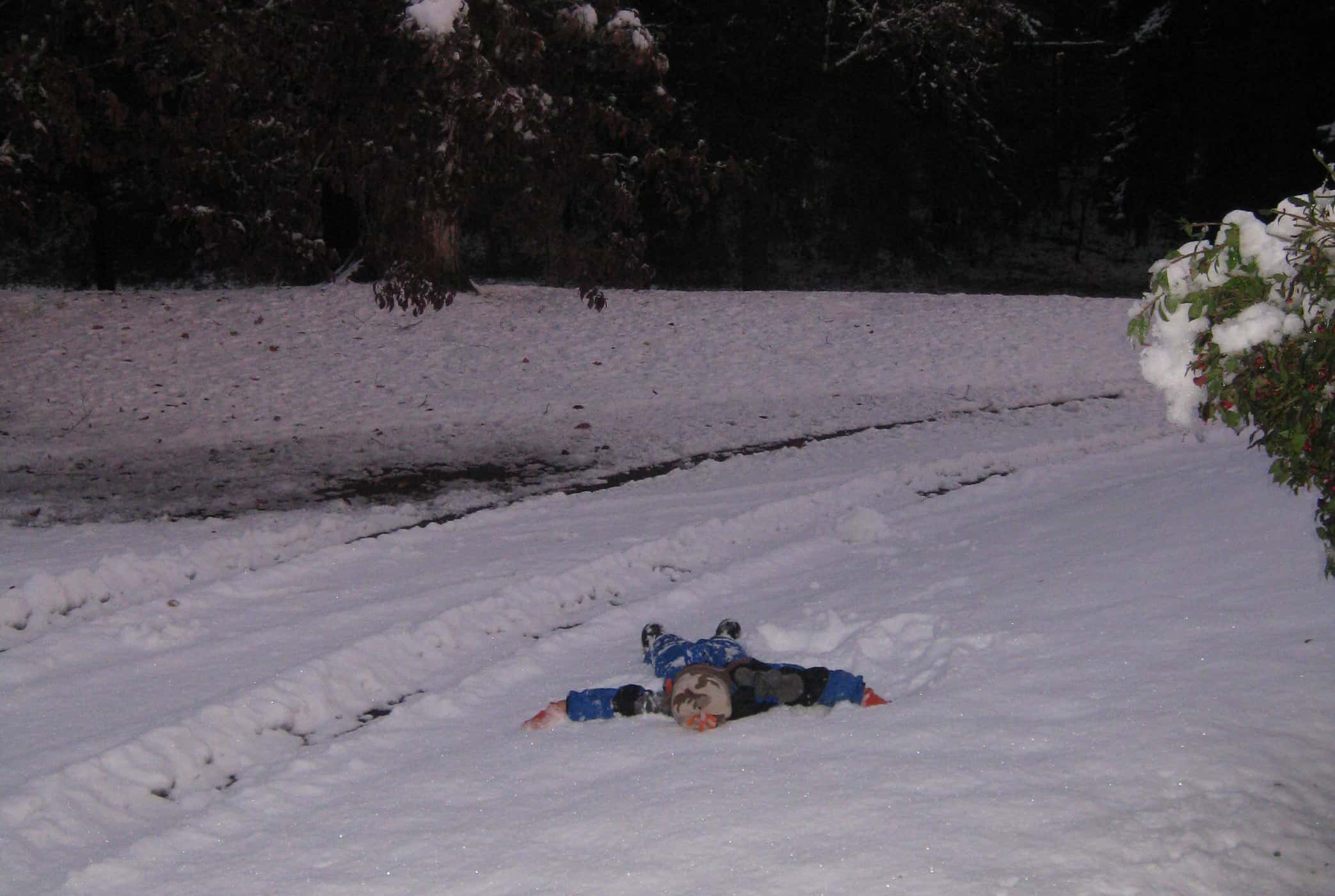 I did NOT have a very scary ride home with L in the car during the snow storm. I was slipping and sliding down the hill.

Don’s big diesel truck did NOT get stuck. He had to walk to his mom’s in the snow with his nice shoes (he had been teaching all day), shoveled her driveway, and then took her car to get home to us. 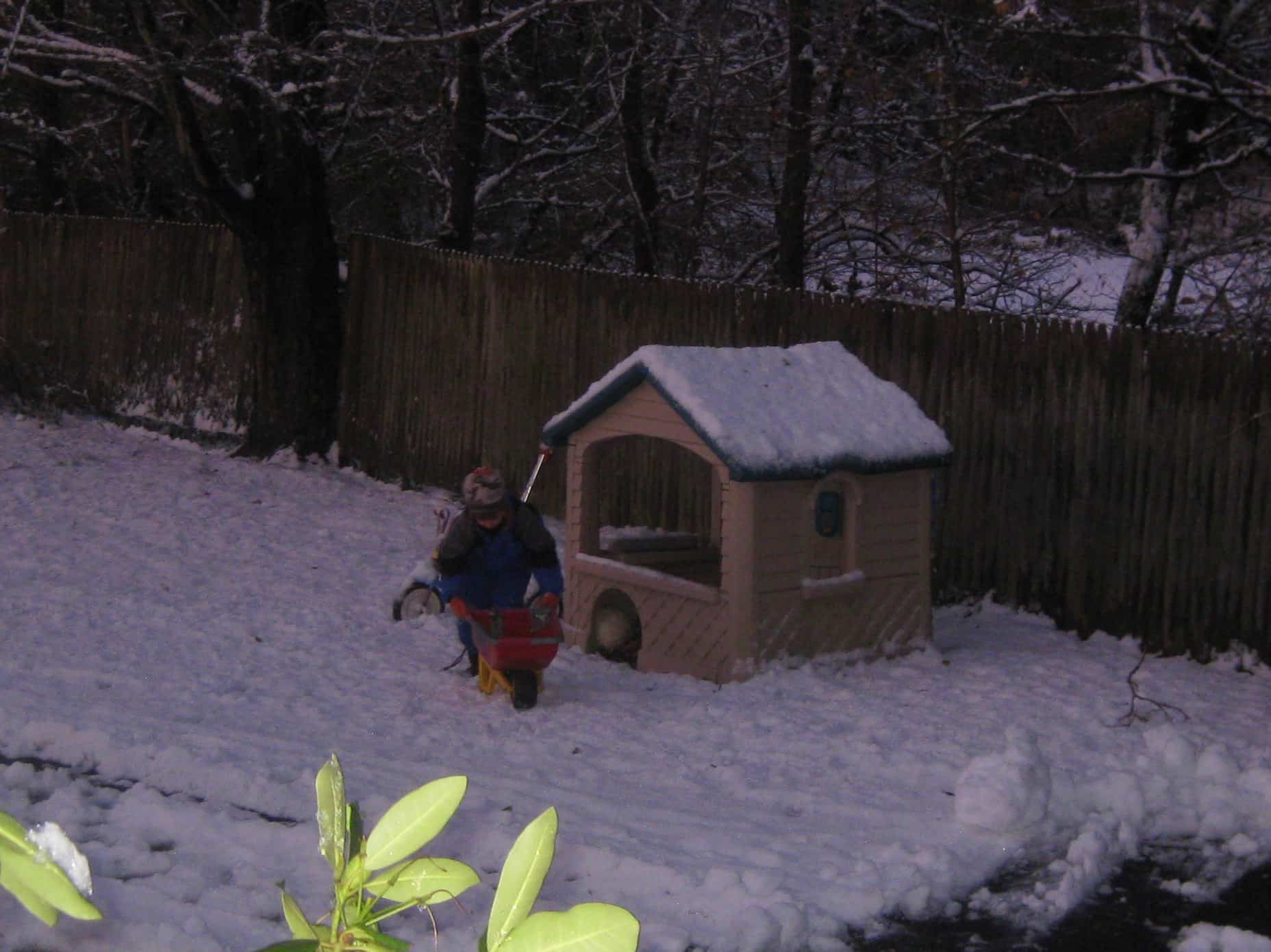 We were lucky that we had power all night. Grandma and one of Don’s sisters lost power and they don’t even have water.

Over 80,000 people are without power around here because so many tree branches broke off and are blocking the roads and causing accidents.

Since the trees still have most of their leaves, they can’t handle the weight of all that snow.

We were NOT going to have L’s birthday party for the Bleasdale Clan during a Nor’easter.

We totally winged it. All the surrounding towns were ghosts towns — nothing was open. 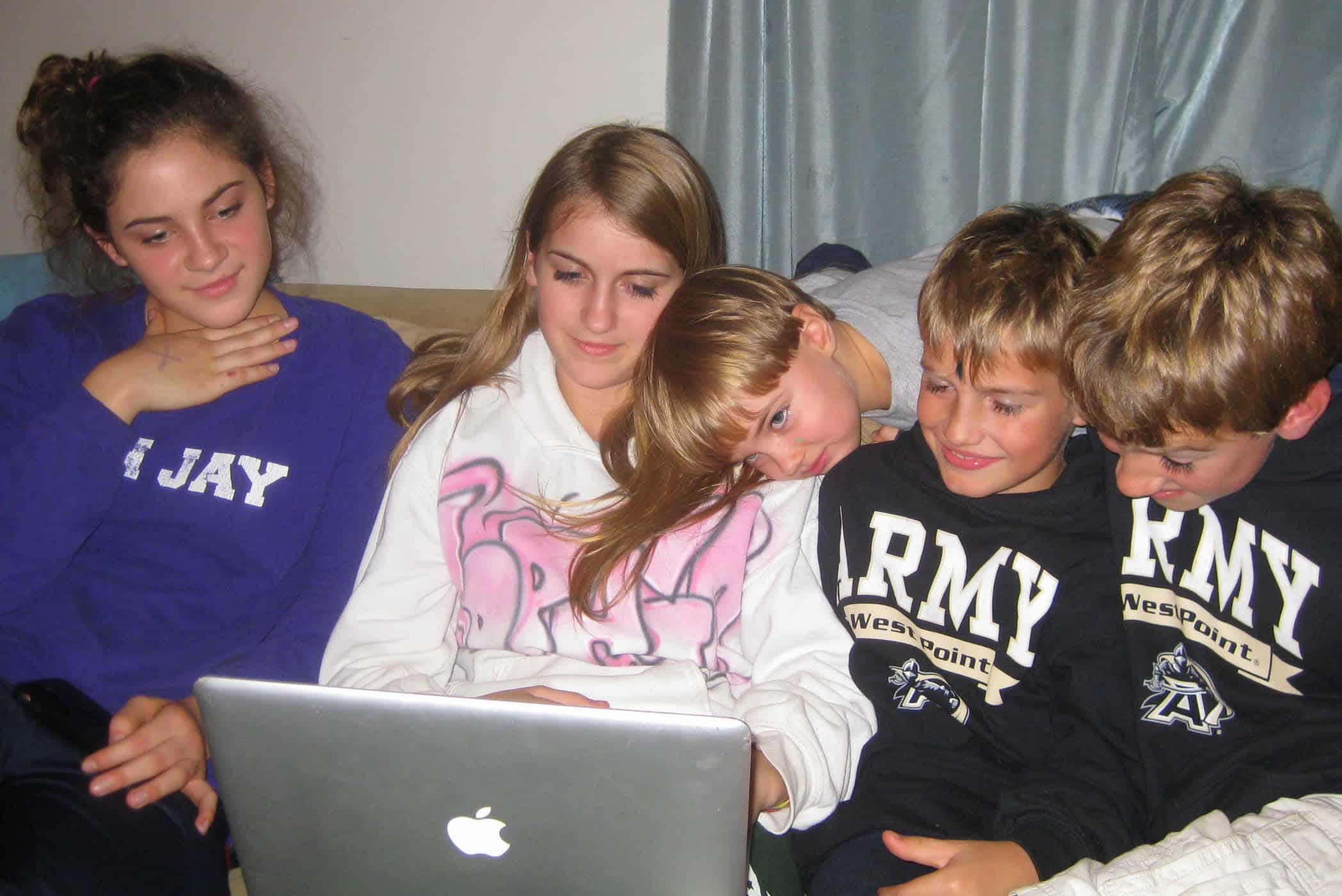 Thankfully, I had made muffins yesterday and they became the “cake.”

We had a wonderful time, and before everyone left into the cold again, family members had showered, brushed  their teeth, filled water bottles, and been sent home with provisions.

The Internet was NOT down for part of the day, and the other part I cleaned the house and played hostess, but it was a great day overall. 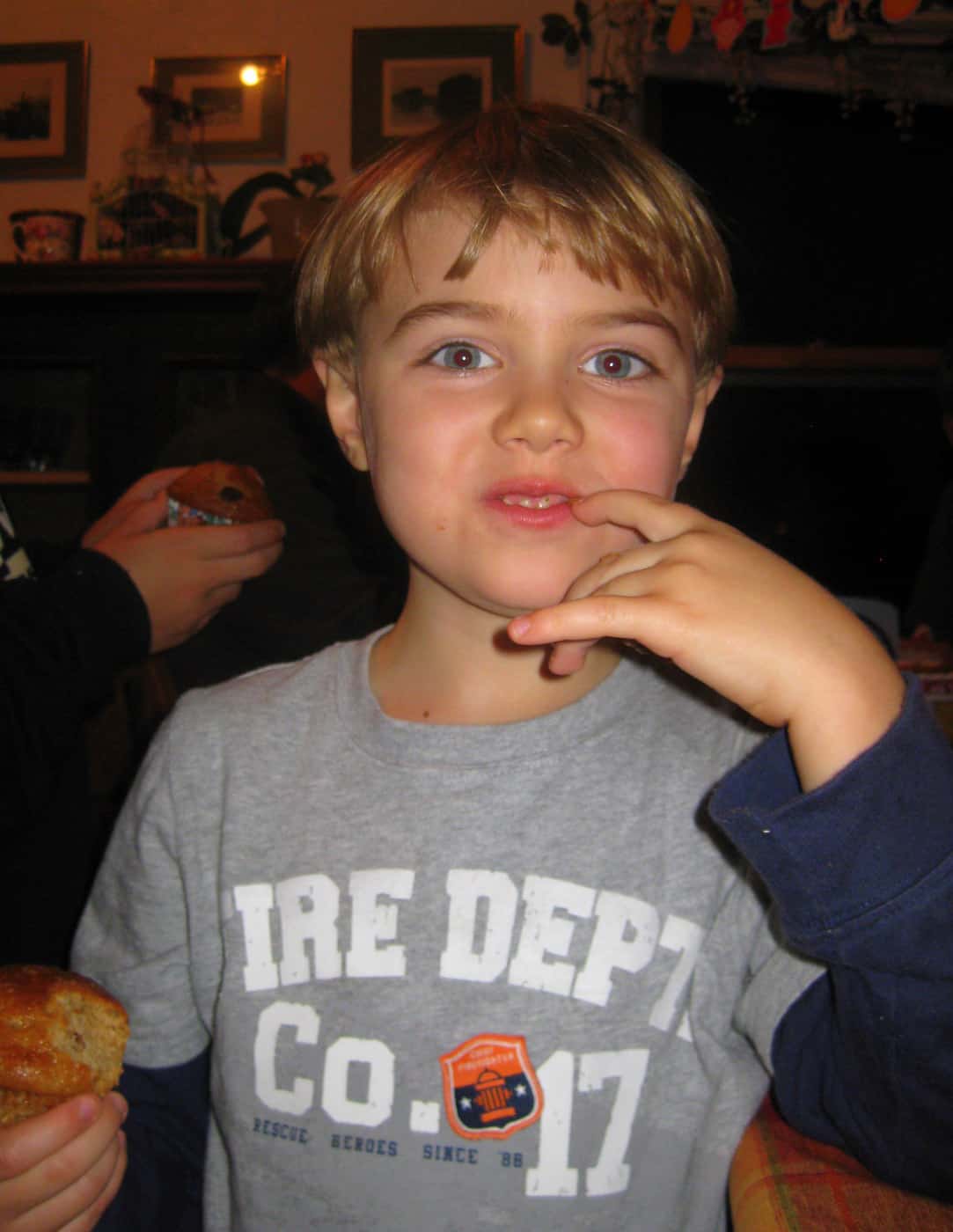 Snowday today! That’s NOT throwing off my whole plan for today at all.

Grandma is NOT playing Lego with L in the kitchen as I write this so I can get some work done.

She decided to come over here and help me out because her house still doesn’t have power.

If You Are a Mom, You Are a Superhero
Walking the Red Carpet With Brooke Shields and Aidan Quinn