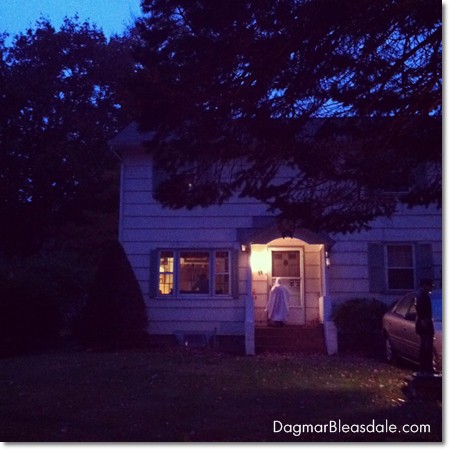 L had two Halloween costumes — he could have been a NASA man or Harry Potter.

But he didn’t want to be a NASA man or Harry Potter.

He wanted to be a ghost.

So I threw a white bed sheet over him, cut two holes for his eyes and a slit for his nose, and we headed out the door. 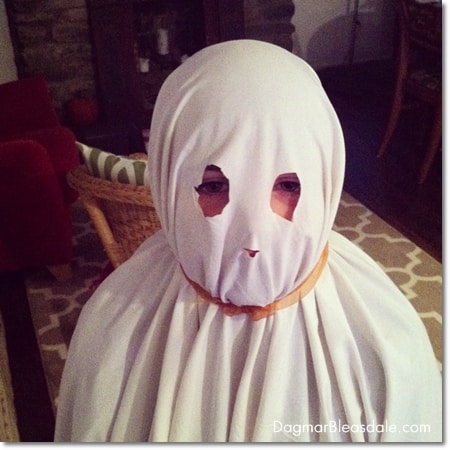 We met up with a few families from the new neighborhood and walked around the block. L was bolting ahead of the other kids the whole time. 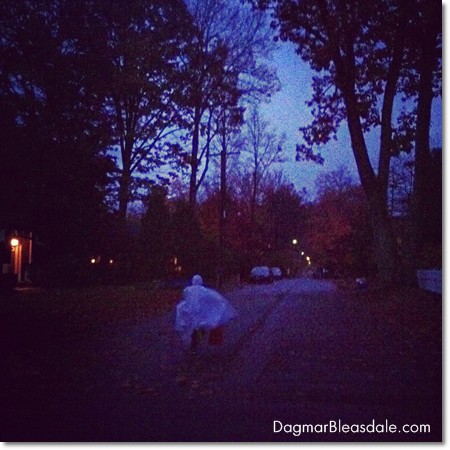 He made up for two years of canceled trick-or-treating because of storms. He had so much fun. He’d run to the next house, come back with a handful of candy, hand us most of it, and shove one in his mouth.

My mom, who is visiting from Germany, was impressed how independent he is. I was tempted to say “See, told you he’s not a Mama’s boy. Attachment parenting doesn’t mean your kid turns into mush.”

Glad I held that back.

After an hour we returned home, Nani made mashed potatoes and sunny-side-up eggs for dinner, and I hummed L to sleep. 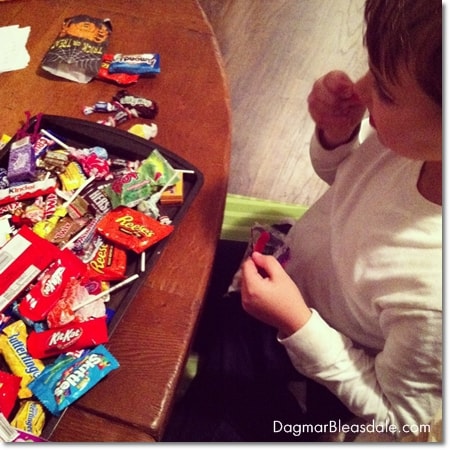 Then my mom and I watched a movie, gorging on L’s candy. We never have this stuff in the house, and it really is disgusting.

It was a silly sticker, and an invitation to get the Cracker Jack app. Seriously?

This was my costume, by the way: 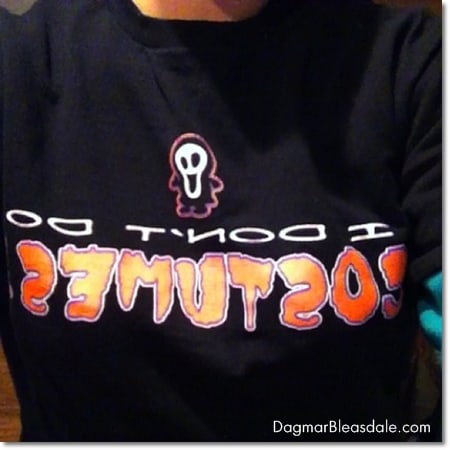 How was your Halloween? What did your kids dress up as?