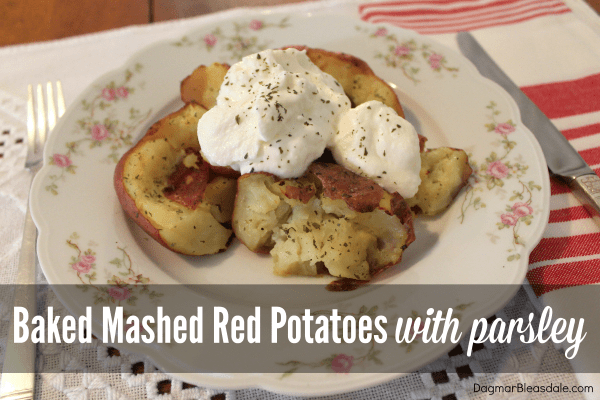 I made these baked mashed red potatoes the other day for dinner, and I wanted to share this easy and yummy recipe with y’all.

Being from Germany, I literally grew up on potatoes. My mom made boiled potatoes almost every day, and I love them and don’t ever get sick of them.

When we go out for lunch or dinner, I often just order a baked potato with sour cream. I just did today! My kind of heaven.

When I saw this picture from Allyson on Pinterest, I pinned it to my “cooking and baking board” because I was dying to make these potatoes.

BTW, are you following me on Pinterest? I have over 200 boards, and my following reached 50,000+ followers the other day — which is so awesome!

Allyson recreated a recipe from Ree Drummond, The Pioneer Woman. I met her once, years ago at BlogHer, see? She’s lovely. 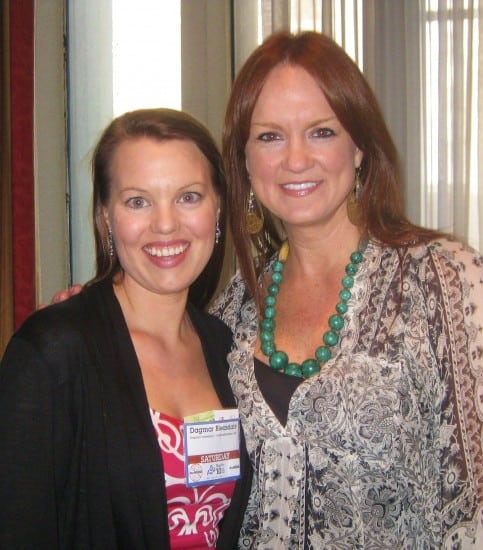 I only used parsley because I wanted to make sure Landon would like the potatoes — if I would have overloaded them with different flavors, he might not have.

My mom often uses fresh parsley on her potatoes, and that tastes even better, but I didn’t have it handy. I’m growing some parsley — remember the upcycled DIY plant markers I made for it? — but I don’t have any to harvest yet. 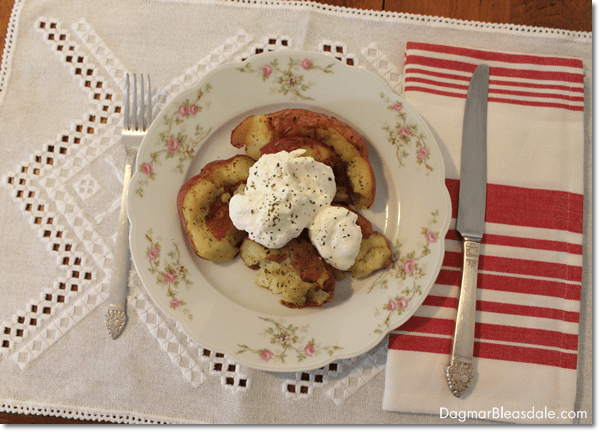 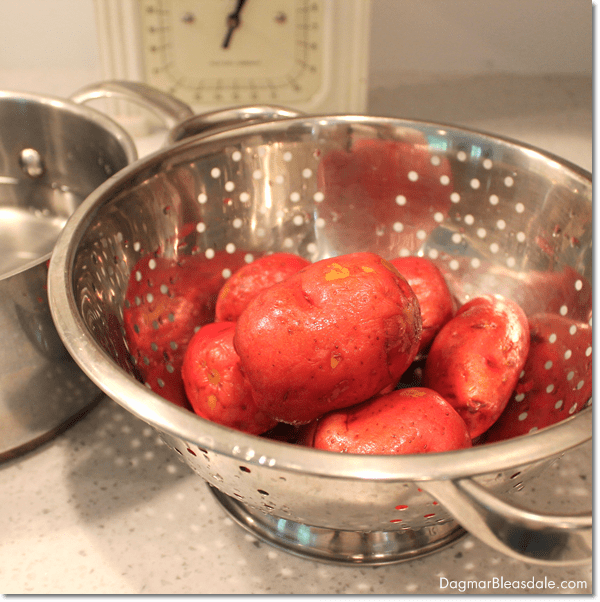 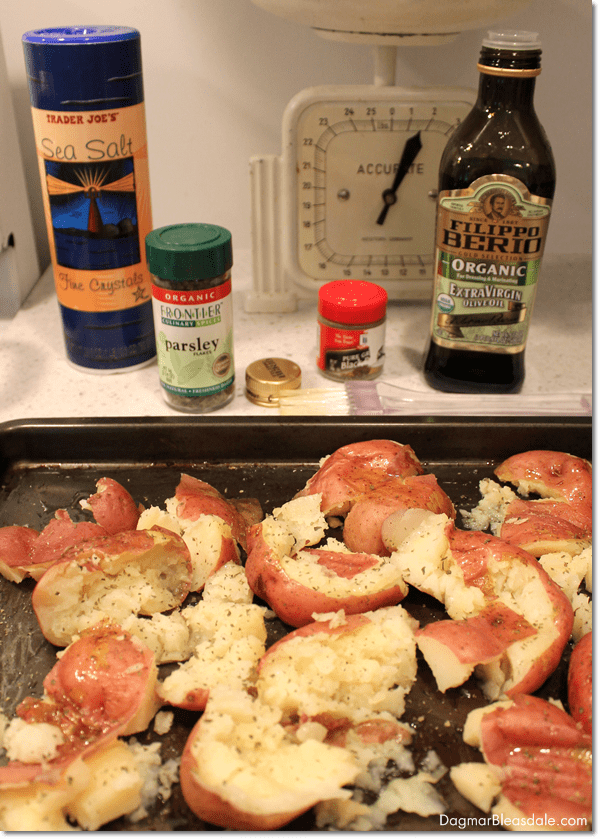 I added carrots to roast with the potatoes. I could have baked them some more to get them crispier, but I seriously couldn’t wait another minute to eat them! 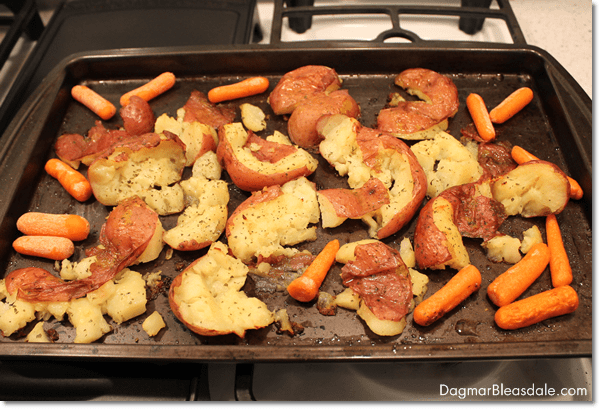 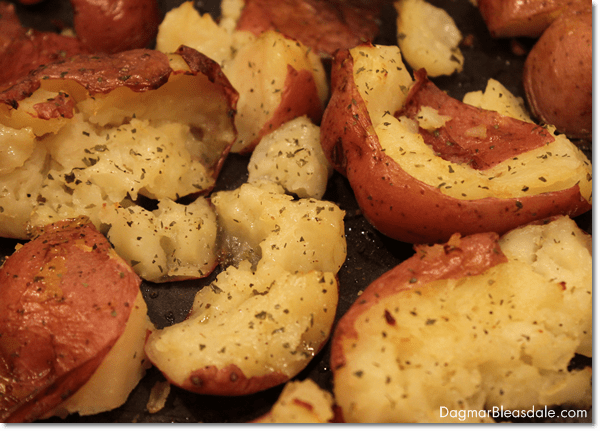 I had to wait a few more minutes — I had to take pictures first, after I topped the red potatoes with sour cream. I also eat potatoes with cottage cheese, do you? 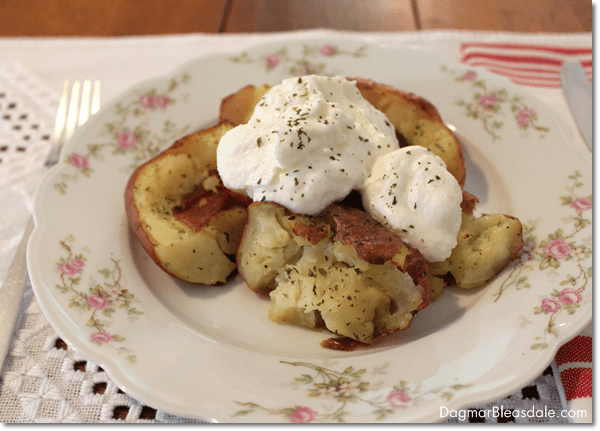 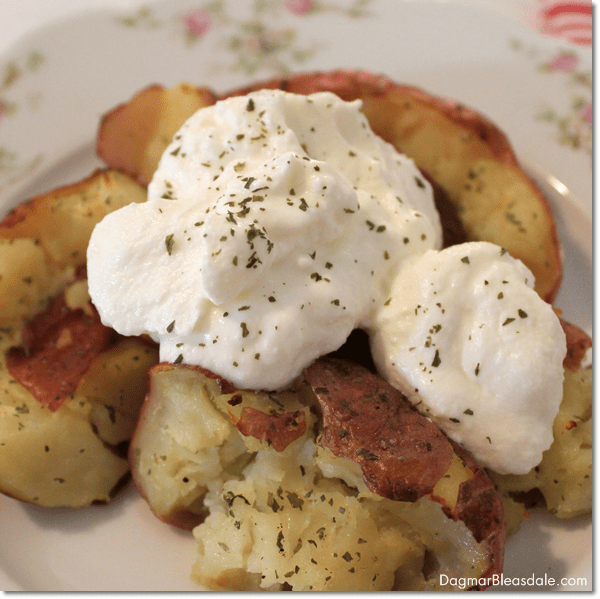 Then we finally got to dig in. They are so yummy! I’m definitely making these baked mashed red potatoes with parsley again.

What’s your favorite potato recipe? Share a link to it in the comments! And if you like this recipe, please pin it :)